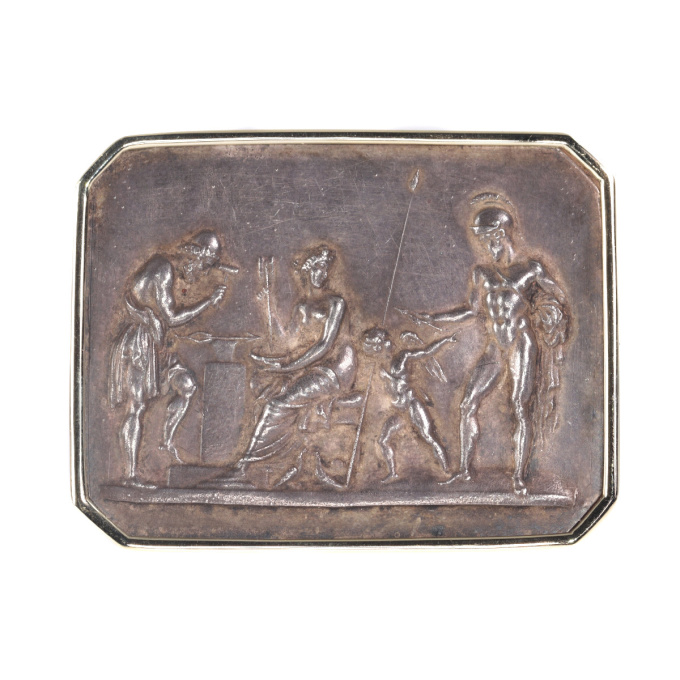 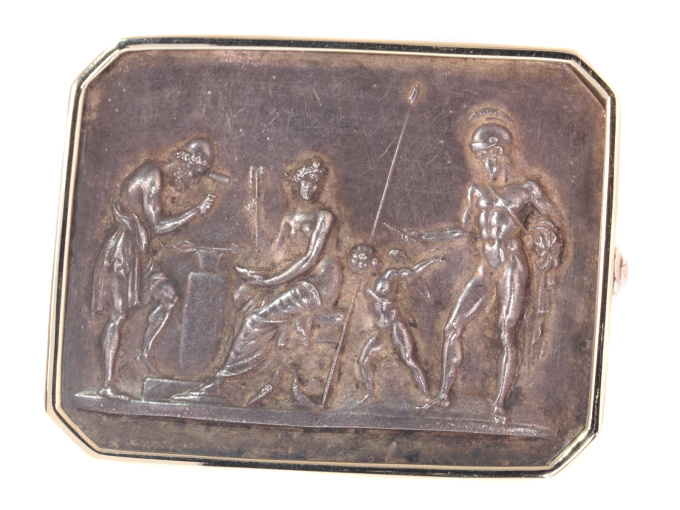 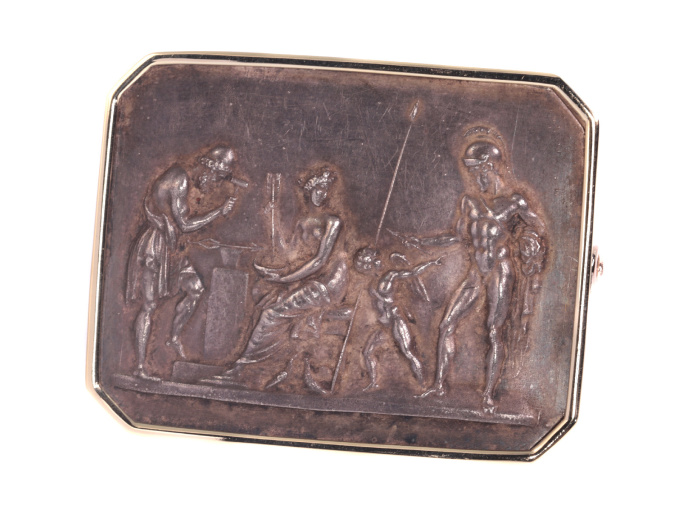 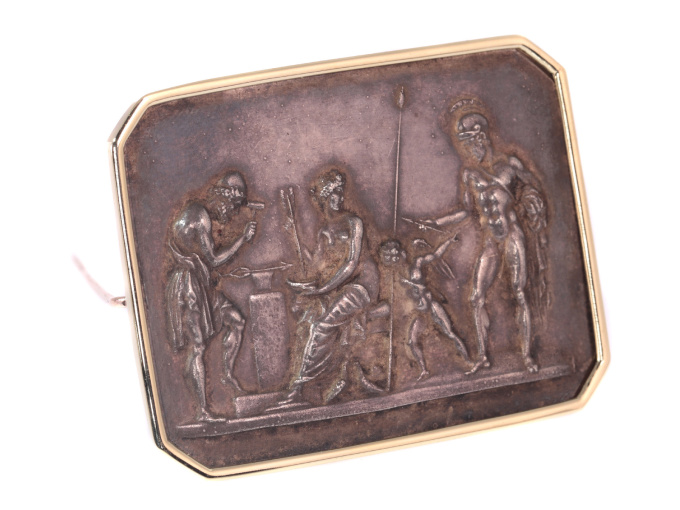 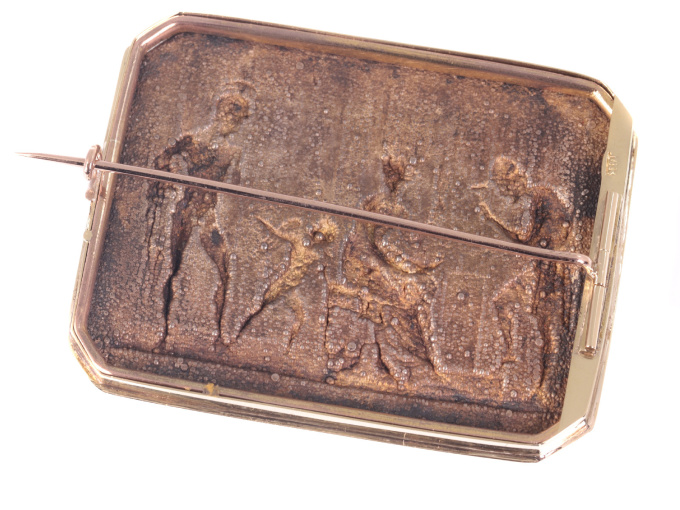 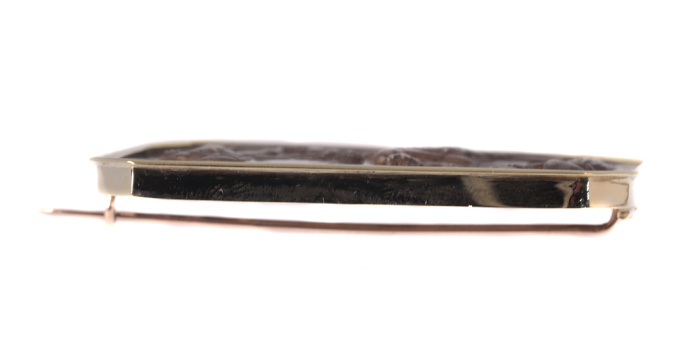 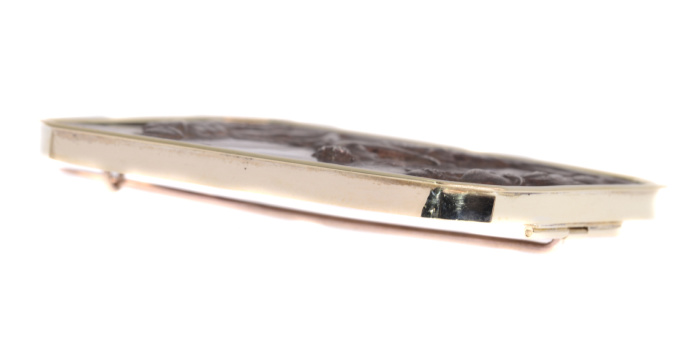 Style: Empire - The Empire style, sometimes considered the second phase of Neoclassicism, is an early-19th-century design movement in architecture, furniture, other decorative arts, and the visual arts followed in Europe and America up to around 1830. Thestyle originated in and takes its name from the period when Napoleon I ruled France, known as the First French Empire, where it was intended to idealize Napoleon's leadership and the French state. The style corresponds to the Biedermeier style in theGerman-speaking lands, Federal style in the United States and to the Regency style in Britain. An earlier phase of the style was called the Adam style in Great Britain and "Louis Seize" or Louis XVI, in France.
-  See also: Empireor more info on styles

Style specifics: A style that borrowed style specifics from the ancient Greeks and the Roman empire (hence the name of the style: Empire). The empire period represents the second part of the Neo-Classical style, and shows a strong French influence. The style originatedin the desire of Napoleon to revive the luxurious majesty of imperial Rome. Traditional classical motifs, already seen in the reign of Louis XVI, were supplemented by symbols of imperial grandeur- the emperor's monogram and his emblem, the bee;representations of military trophies; and after the successful campaigns in Egypt, Egyptian motifs. If we had to characterize this style briefly, we could focus on two elementary concepts: massiveness and symmetry.

Source of inspiration: Mythology (and more specific a bas relief by Bertel Thorvaldsen)

Material: the plaque is electorplated silver and the mounting and needle are mostly 14K gold with some minor details in 9K gold (all touchstone tested)
-  (more info on precious metals)

Technique: Electroplating - Electroplating is a process of depositing a layer of any desired metal on another material by means of electricity. The term is also used for electrical oxidation of anions on to a solid substrate, as in the formation of silver chloride on silver wire to make silver/silver-chloride electrodes. Electroplating is primarily used to change the surface properties of an object (such as abrasion and wear resistance, corrosion protection, lubricity, aesthetic qualities), but may also be used to build up thickness on undersized parts or to form objects by electroforming. (From: Wikipedia)

Extra information: Bertel Thorvaldsen (19 November 1770 – 24 March 1844) was a Danish sculptor of international fame and medallist, who spent most of his life (1797–1838) in Italy. Thorvaldsen was born in Copenhagen into a Danish/Icelandic family of humble means, and wasaccepted to the Royal Danish Academy of Art when he was eleven years old. Working part-time with his father, who was a wood carver, Thorvaldsen won many honors and medals at the academy. He was awarded a stipend to travel to Rome and continue hiseducation.

In Rome, Thorvaldsen made a name for himself as a sculptor. Maintaining a large workshop in the city, he worked in a heroic neo-classicist style. His patrons resided all over Europe.

Upon his return to Denmark in 1838, Thorvaldsen was received as a national hero. The Thorvaldsen Museum was erected to house his works next to Christiansborg Palace. Thorvaldsen is buried within the courtyard of the museum. In his time, he was seen asthe successor of master sculptor Antonio Canova. His strict adherence to classical norms has tended to estrange modern audiences. Among his more famous public monuments are the statues of Nicolaus Copernicus and Józef Poniatowski in Warsaw; the statue of Maximilian I in Munich; and the tomb monument of Pope Pius VII, the only work by a non-Catholic in St. Peter's Basilica. (From: Wikipedia)

History of Electroplating
Modern electrochemistry was invented by Italian chemist Luigi Valentino Brugnatelli in 1805. Brugnatelli used his colleague Alessandro Volta's invention of five years earlier, the voltaic pile, to facilitate the first electrodeposition. Brugnatelli'sinventions were suppressed by the French Academy of Sciences and did not become used in general industry for the following thirty years. By 1839, scientists in Britain and Russia had independently devised metal-deposition processes similar toBrugnatelli's for the copper electroplating of printing press plates.

Boris Jacobi in Russia not only rediscovered galvanoplastics, but developed electrotyping and galvanoplastic sculpture. Galvanoplastics quickly came into fashion in Russia, with such people as inventor Peter Bagration, scientist Heinrich Lenz and science fiction author Vladimir Odoyevsky all contributing to further development of the technology. Among the most notorious cases of electroplating usage in mid-19th century Russia were gigantic galvanoplastic sculptures of St. Isaac's Cathedral in SaintPetersburg and gold-electroplated dome of the Cathedral of Christ the Saviour in Moscow, the tallest Orthodox church in the world.

Soon after, John Wright of Birmingham, England discovered that potassium cyanide was a suitable electrolyte for gold and silver electroplating. Wright's associates, George Elkington and Henry Elkington were awarded the first patents for electroplating in 1840. These two then founded the electroplating industry in Birmingham from where it spread around the world. The Woolrich Electrical Generator of 1844, now in Thinktank, Birmingham Science Museum, is the earliest electrical generator used in industry.It was used by Elkingtons.

The Norddeutsche Affinerie in Hamburg was the first modern electroplating plant starting its production in 1876.(From: Wikipedia)