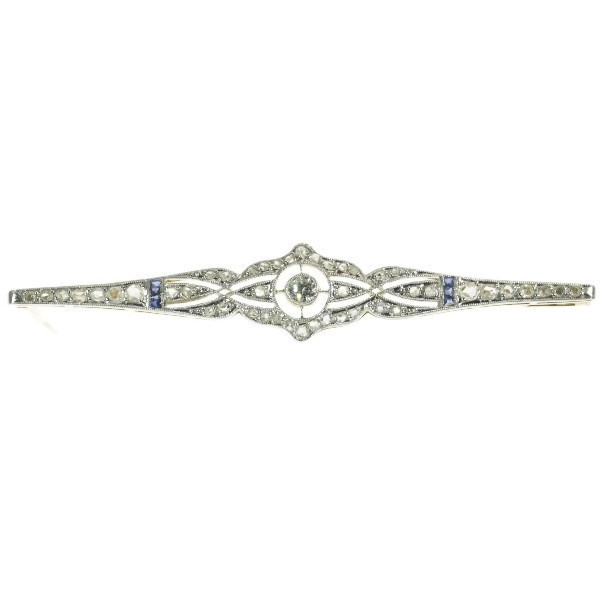 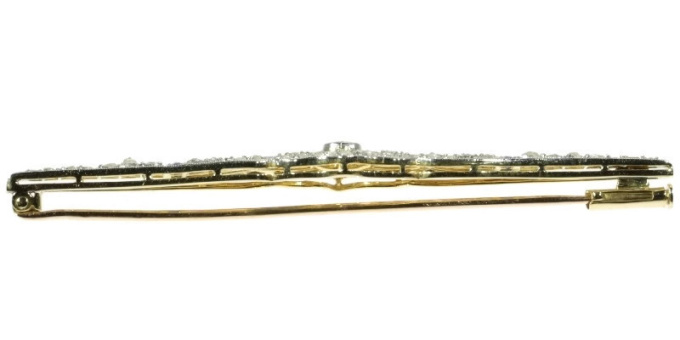 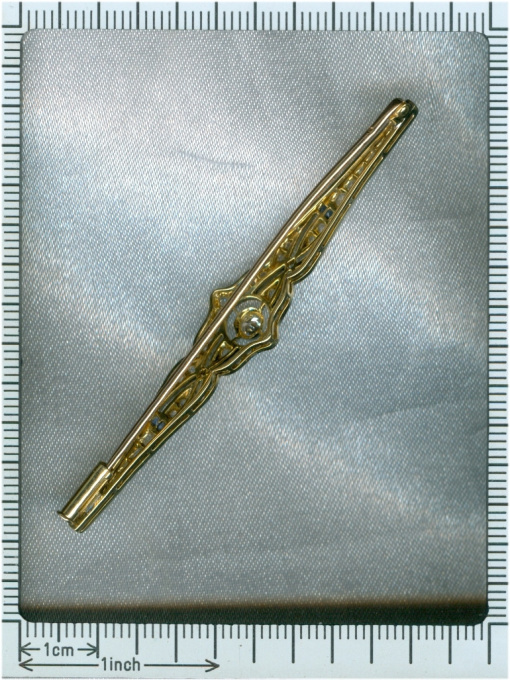 In this 1920's French platinum bar brooch with an 18K yellow gold back, typical Art Deco openwork lines entwine through their mille grain rim around 32 rose cut diamonds. As these reach from the jewel's centre to a border of three square cut sapphires on each side, the focal target sight with an old European cut diamond is aiming for your heart. To increase its chance of success in love, another 14 degrading rose cut diamonds extend from the sapphires to both ends of this forceful brooch.

Diamonds: One old European cut diamond with an estimated weight of approx. 0.17 crt. (approximate color and clarity: G/H si)and 46 rose cut diamonds. We do not have the weight of the diamonds which is normal in our trade when it comes to rose cuts.
Note: All diamond weights, color grades and clarity are approximate since the stones were not removed from their mounts to preserve the integrity of the setting.