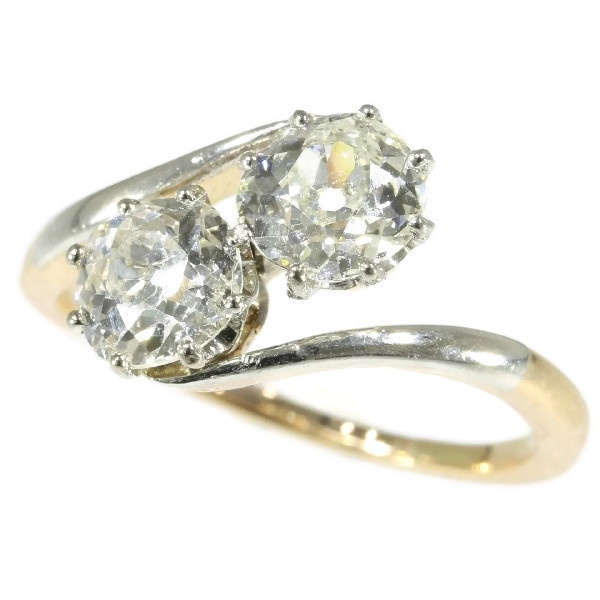 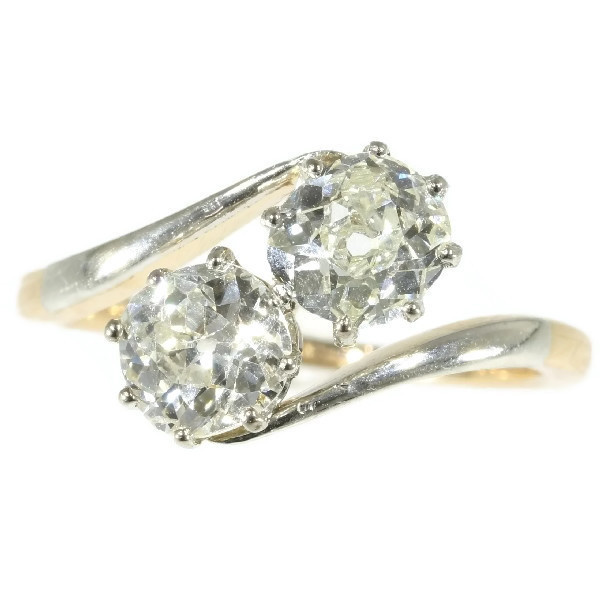 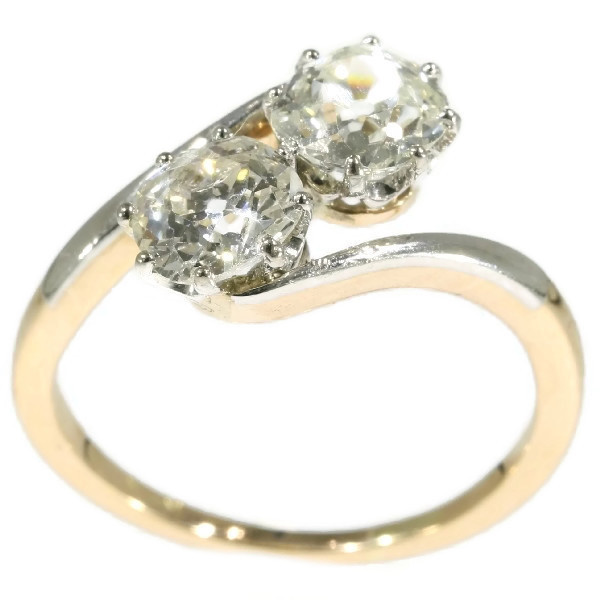 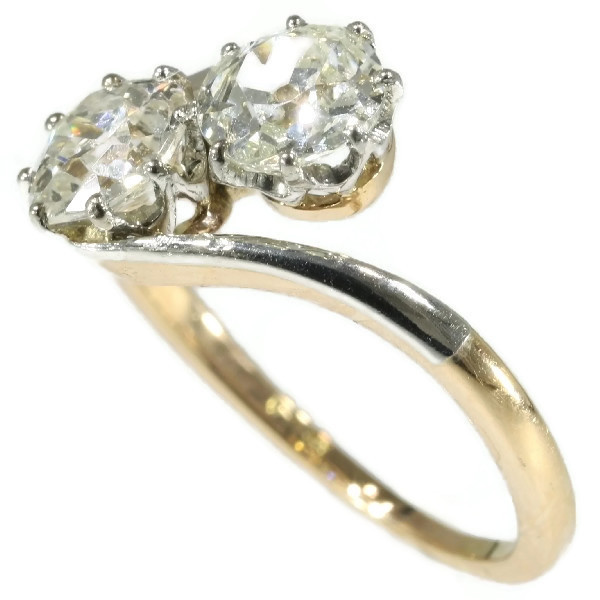 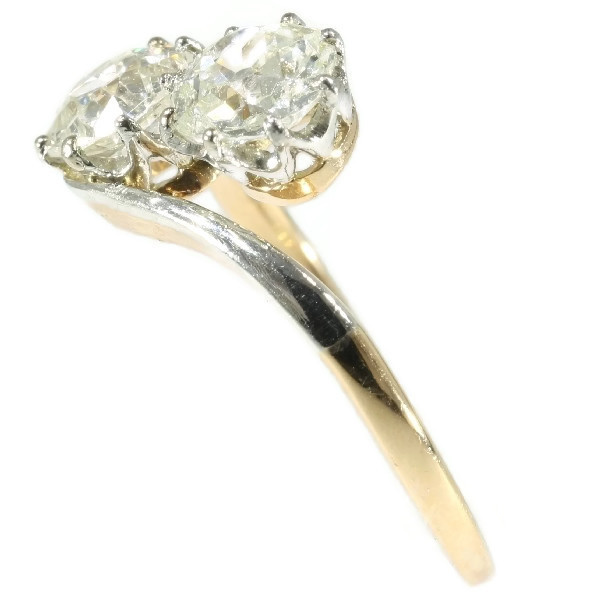 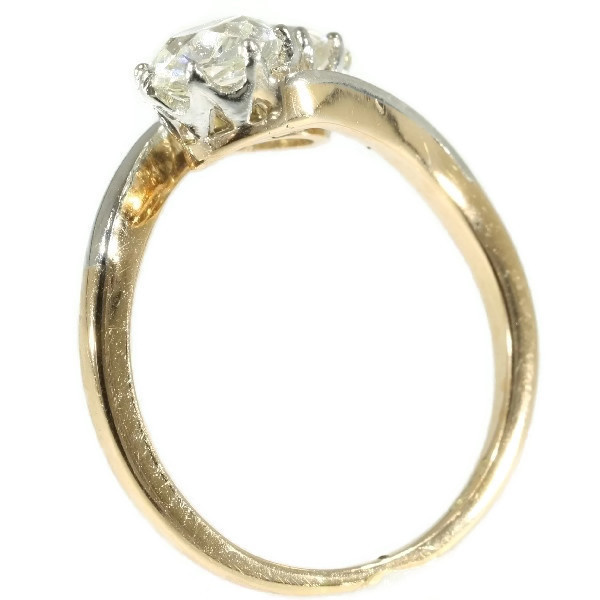 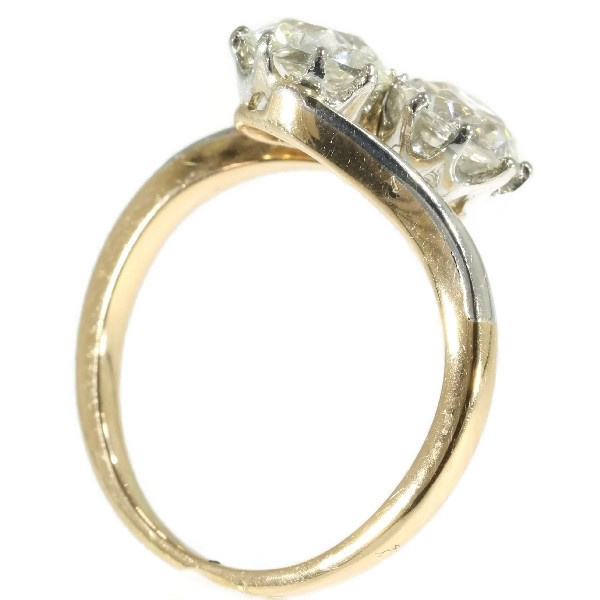 From within their platinum crown setting of this 14K red gold "toi et moi"-engagement ring crafted during the Belle Époque period, two certified old European cut diamonds both of no less than one carat frolic with each other as if Cupid caught thesparkling fire of two unified souls and stored it in these diamonds for their light to last forever.

Country of origin:Although it does not carry any legible control marks we believe this to be of Dutch origin.

Style: Belle Époque - The Belle Époque (French for "Beautiful Era") was a period in European social history that began during the late 19th century and lasted until World War I. Occurring during the time of the French Third Republic and theGerman Empire, the "Belle Époque" was named in retrospect, when it began to be considered a "golden age" the major powers of Europe, new technologies improved lives and the commercial arts adapted Renaissance and eighteenth-century styles tomodern forms. In the newly rich United States, emerging from the Panic of 1873, the comparable epoch was dubbed the Gilded Age. In the United Kingdom, this epoch overlaps the end of what is called the Victorian Era there and the period named theEdwardian Era. or more info on styles

Theme: Toi et Moi ring - The French call this shape of rings "Toi et Moi" which means "You and me".

Material: Two tones of precious metal, the main part being 14K red gold and the white parts are either white gold or platinum.
-  (more info on precious metals)

Diamonds: Two old Europeancut diamonds with a total weight of 1.99 crt. (one stone 1.00 crt. H/vs1, and the other 0.99 crt. I/Si2) see pictures for the certificates.
Note: All diamond weights, color grades and clarity are approximate since the stones were not removed from their mounts to preserve the integrity of the setting.

Resizing: Free resizing, but because of the the way the ring is made, we cannot guarantee to make it on every size; so please ask in advance (only for extreme resizing we have to charge).
-  (more info on ring sizes)