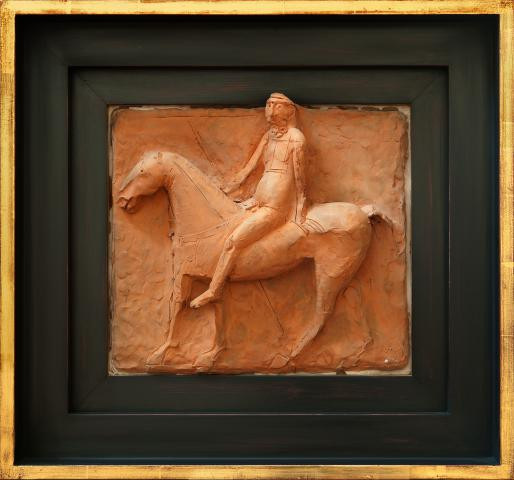 Provenance: This work was from the 1940's in the collection of the Swiss Artist Walter Linck (1903-1975). After his death it stayed in the same family. In his oeuvre in the 1940s Linck worked with the motive of the horse. So in these years he bought the relief most probably directly from the artist Marino Marini or through his gallery (Kornfeld in Bern).