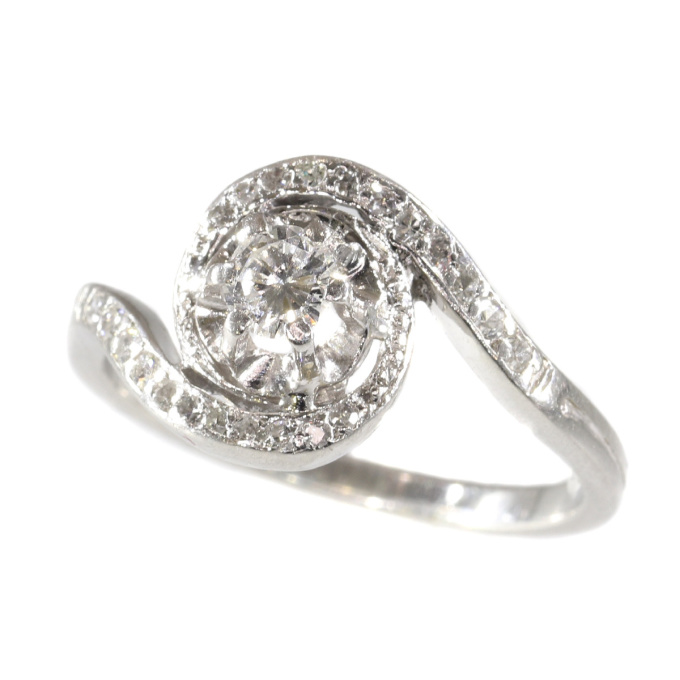 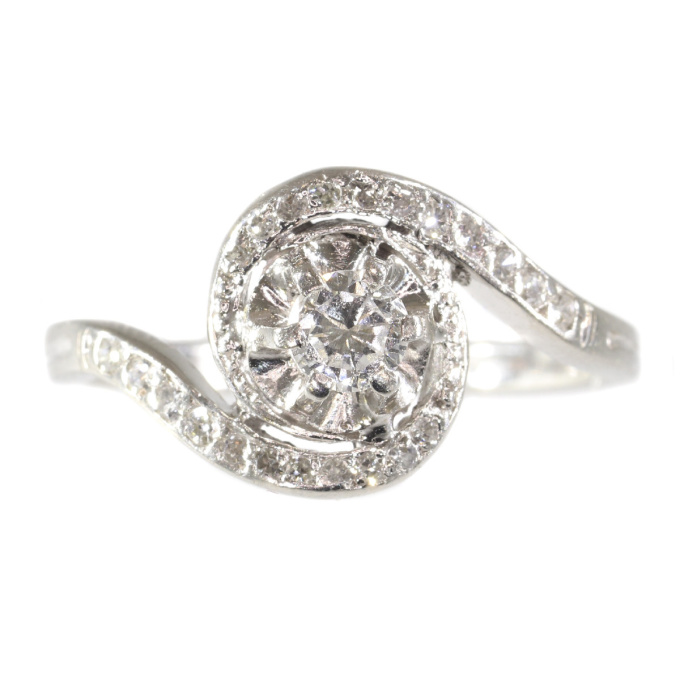 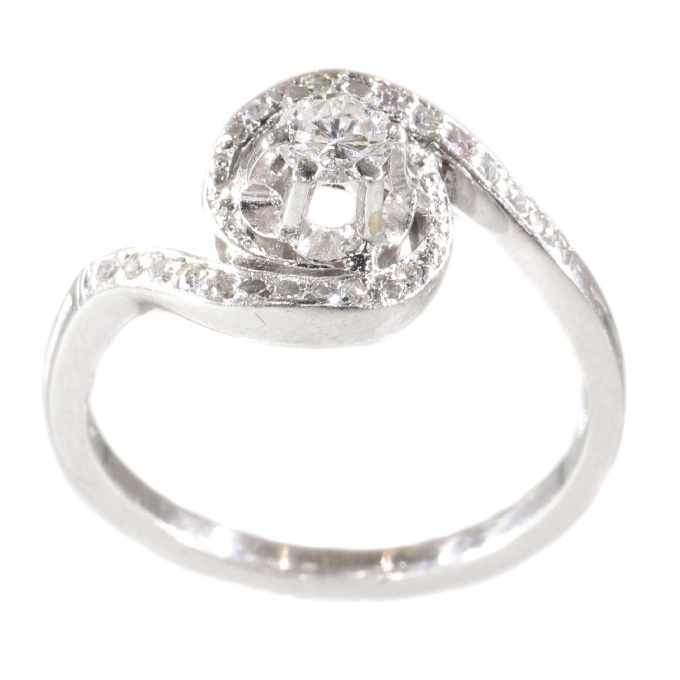 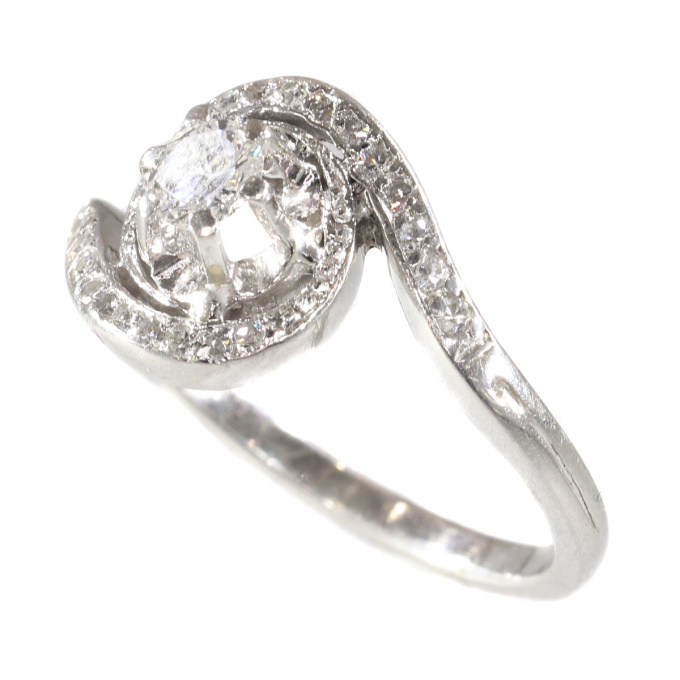 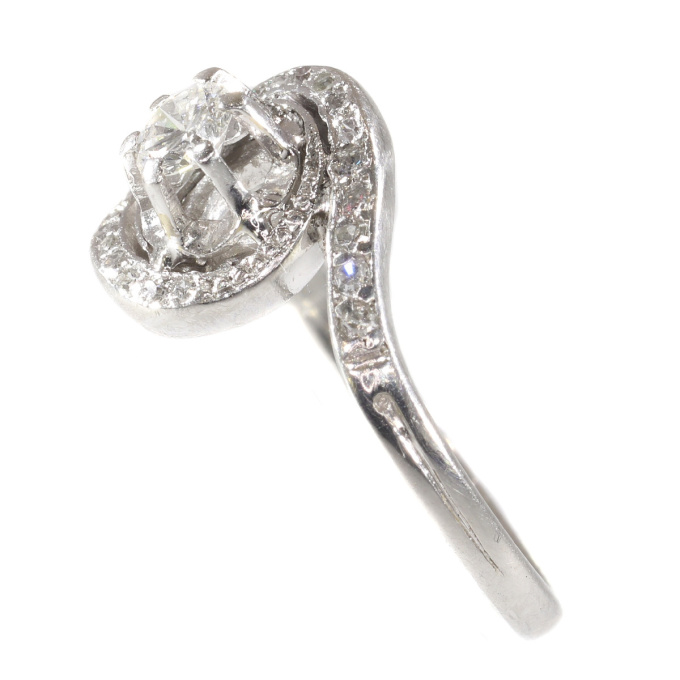 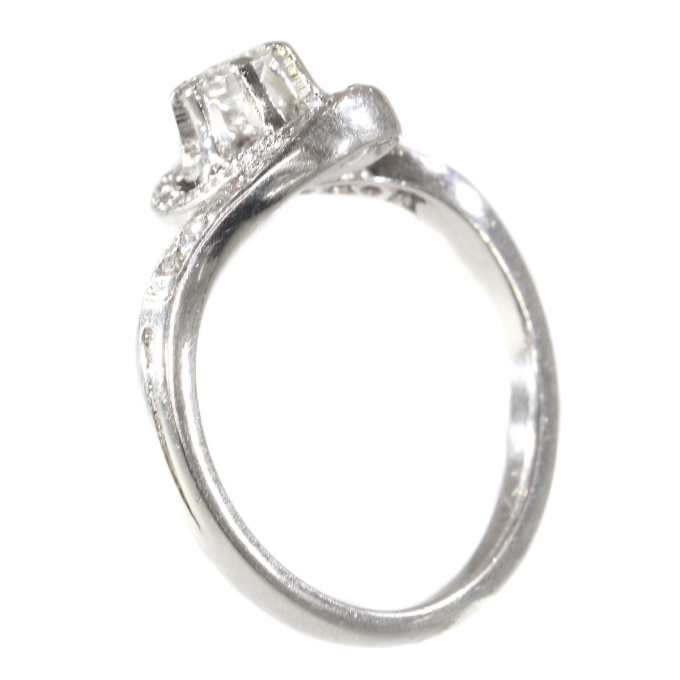 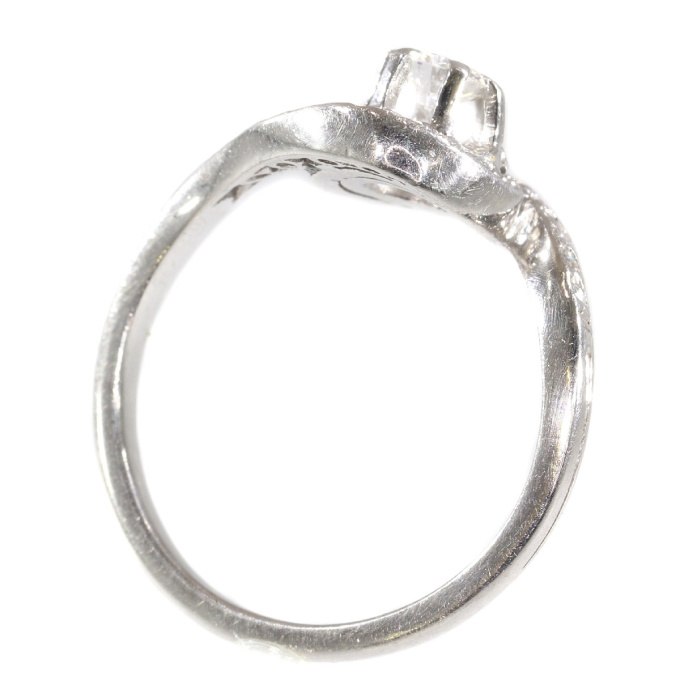 Theme: Tourbillon - This kind of ring is designated in French by the name 'Tourbillon' which translates in English to 'twirler' or 'twister', obvious because of its original design.

Diamonds: One brilliant cut diamond with an estimated weight of approx. 0.23 crt.and 21 single brilliant cut diamonds (also called 8/8) with a total estimated weight of approx. 0.21 crt.
Note: All diamond weights, color grades and clarity are approximate since the stones were not removed from their mounts to preserve the integrity of the setting. (approximate color and clarity: H, vs/si)

Resizing: Free resizing, but because of the the way the ring is made, we cannot guarantee to make it on every size; so please ask in advance (only for extreme resizing we have to charge).
-  (more info on ring sizes)