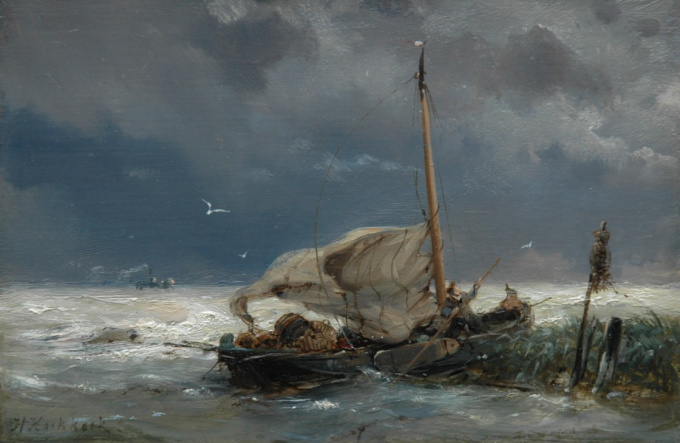 Fishing boat and steamer in a storm 19th century