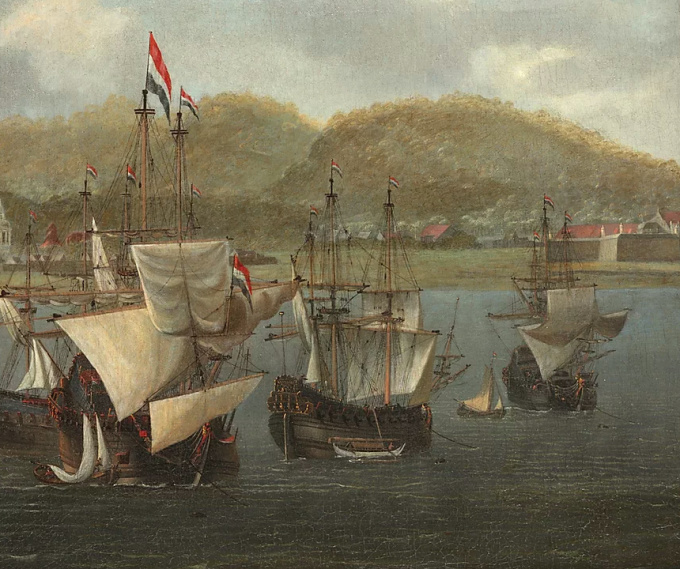 Four VOC three-masters at anchor in front of a fortress

Little is known about the short life of Reinier Nooms, called Zeeman (sailor). He was a maritime painter, particularly known for his highly detailed etchings of ships. Presumably he started painting and drawing in his later years after a life as a sailor. How he acquired his skills as an artist is not known, but his knowledge of ships is evident from his work. He travelled widely, visiting Paris, Venice, Berlin and the North African coast but is not know ever to have been in the Far East. He painted several scenes of Dutch-English sea battles, Mediterranian ports and coastal views of North Africa, probably from sketches he himself made in situ. Which coast is depicted here is not known. If it is Cochin than Zeeman did it after a print or sketch by somebody else because he did not see Cochin himself and if it is a Dutch colonial fortress one might expect it to fly the Dutch flag. It therefore seems more likely to be a coastal view somewhere in the Mediteranean.