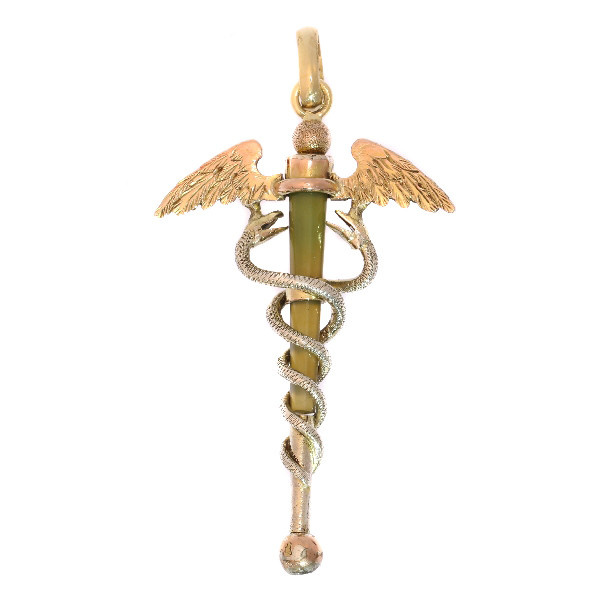 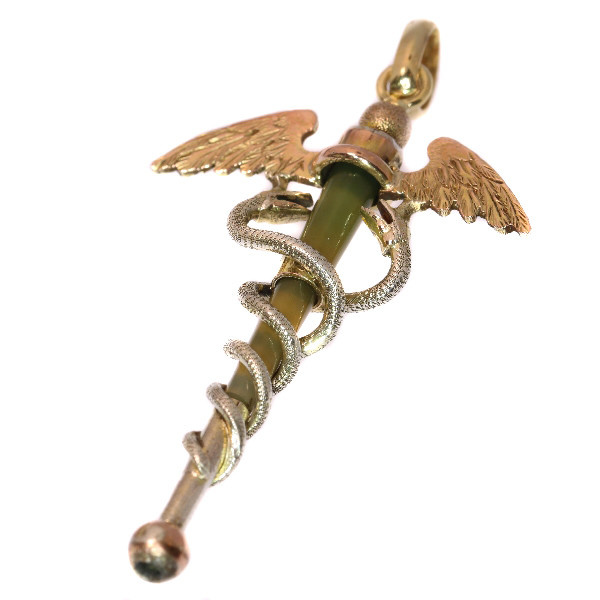 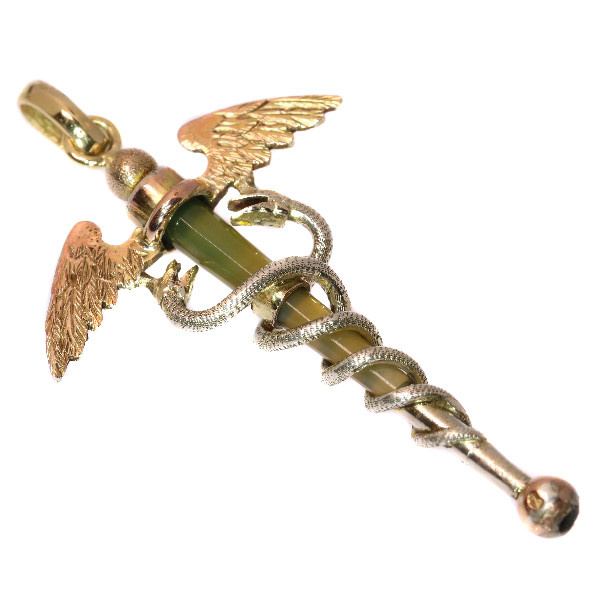 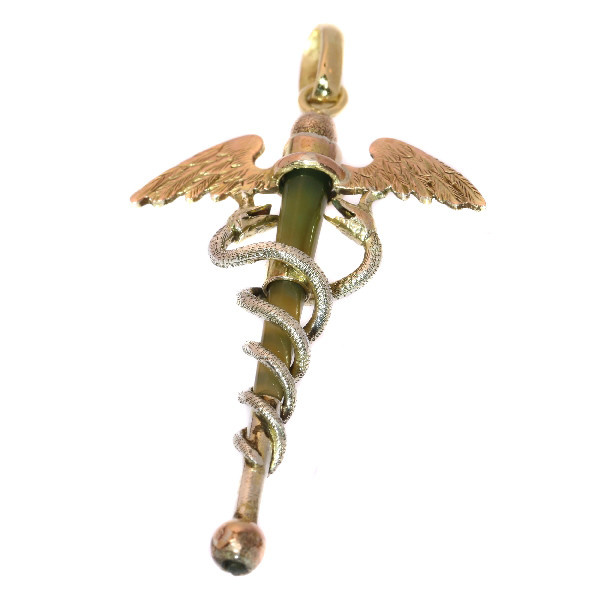 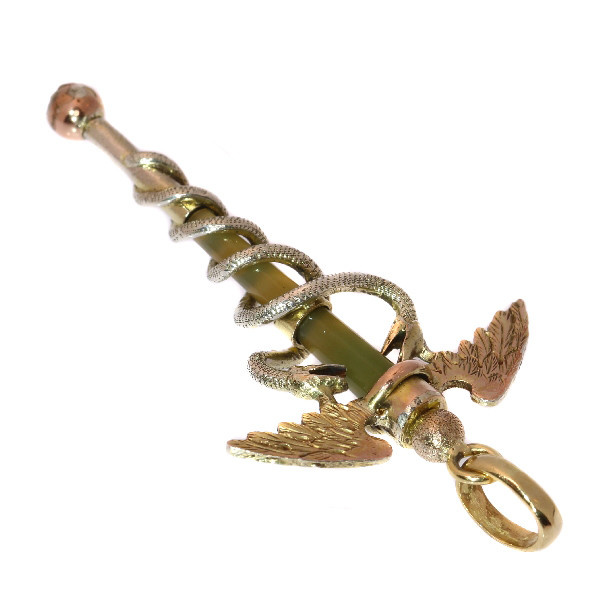 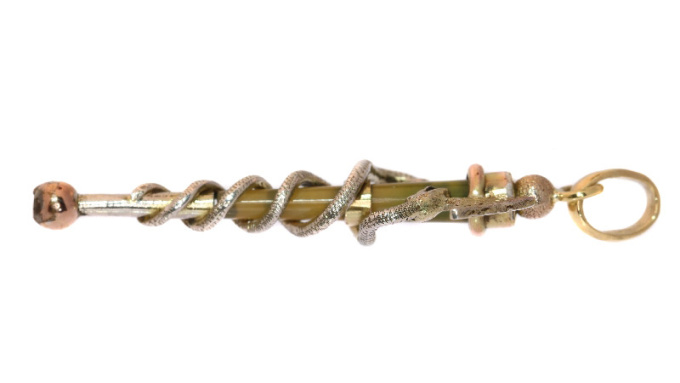 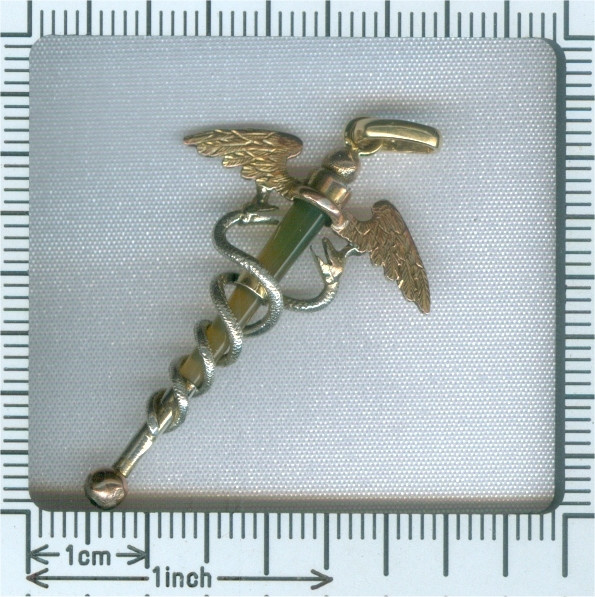 Country of origin: Most probably France

Extra information: Caduceus - The caduceus is the staff carried by Hermes in Greek mythology.

Some accounts suggest that the oldest known imagery of the caduceus have their roots in a Mesopotamian origin with the Sumerian god Ningishzida whose symbol, a staff with two snakes intertwined around it, dates back to 4000 B.C. to 3000 B.C.

As a symbolic object, it represents Hermes (or the Roman Mercury), and by extension trades, occupations, or undertakings associated with the god. In later Antiquity, the caduceus provided the basis for the astrological symbol representing the planetMercury. Thus, through its use in astrology, alchemy, and astronomy it has come to denote the planet and elemental metal of the same name. It is said the wand would wake the sleeping and send the awake to sleep. If applied to the dying, their death wasgentle; if applied to the dead, they returned to life.

By extension of its association with Mercury and Hermes, the caduceus is also a recognized symbol of commerce and negotiation, two realms in which balanced exchange and reciprocity are recognized as ideals. This association is ancient, and consistentfrom the Classical period to modern times. The caduceus is also used as a symbol representing printing, again by extension of the attributes of Mercury (in this case associated with writing and eloquence).

The caduceus is often incorrectly used as a symbol of healthcare organizations and medical practice, particularly in North America, due to confusion with the traditional medical symbol, the Rod of Asclepius, which has only one snake and is never depicted with wings. (From: Wikipedia)light greenish brownish agate

Hallmarks: Illegible remains of what appear to be French hallmarks
-  (more info on hallmarks)