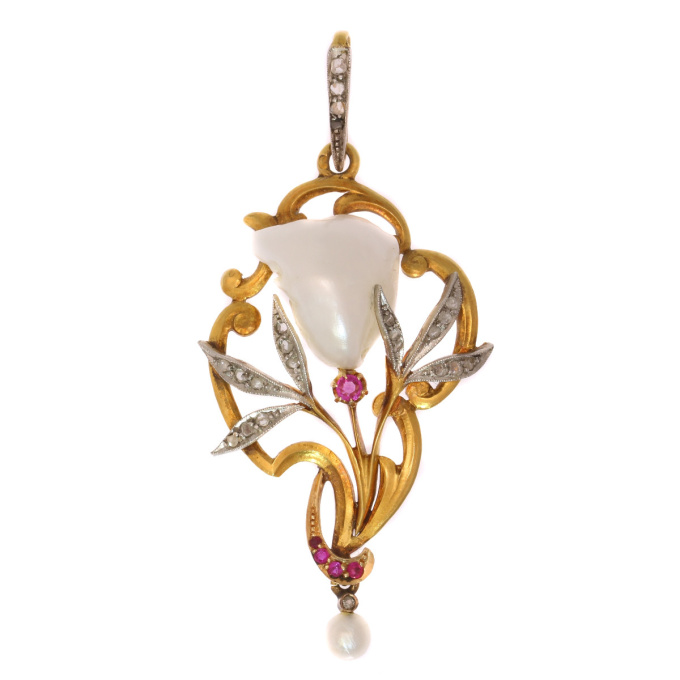 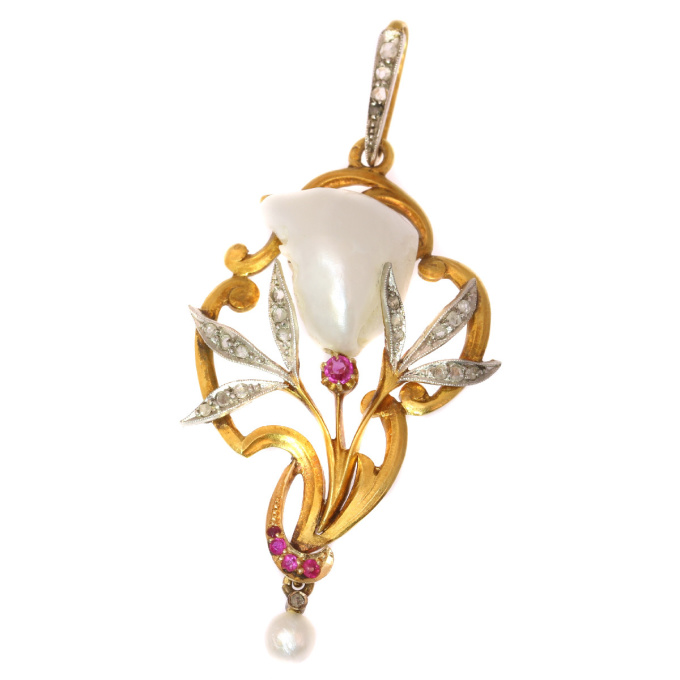 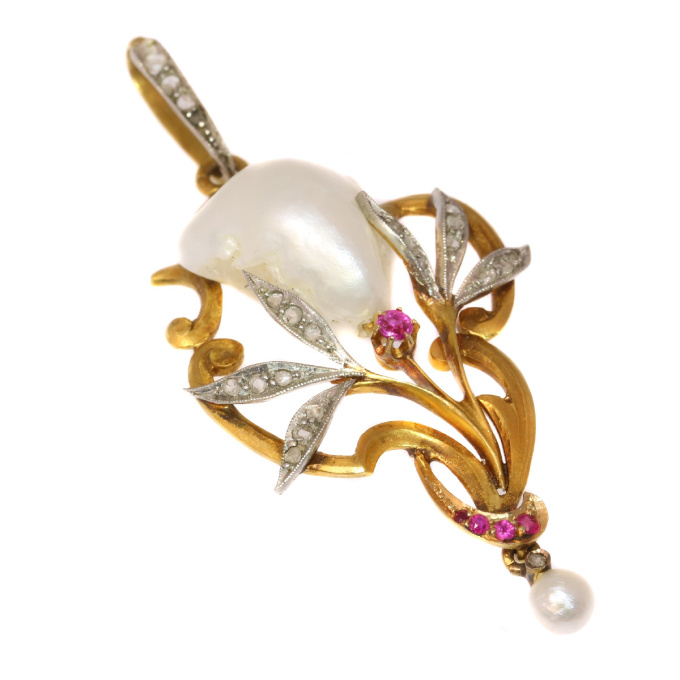 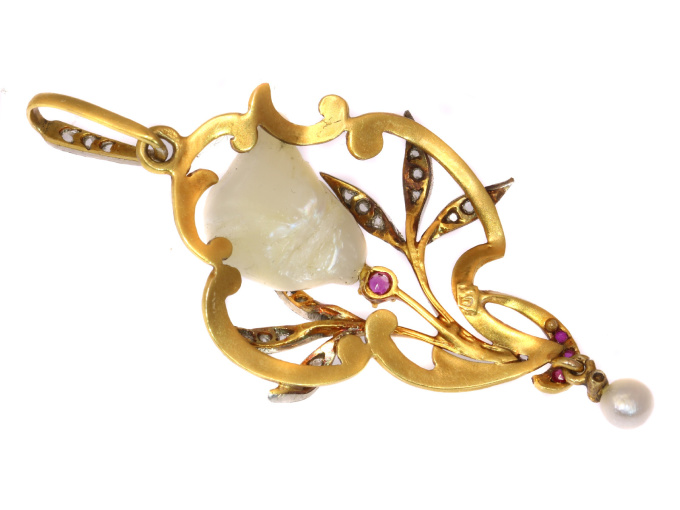 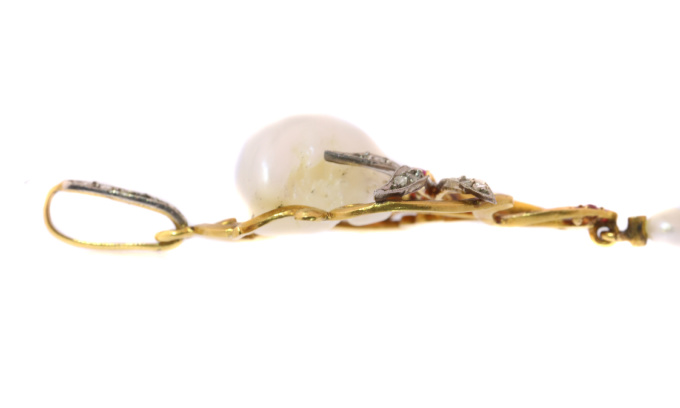 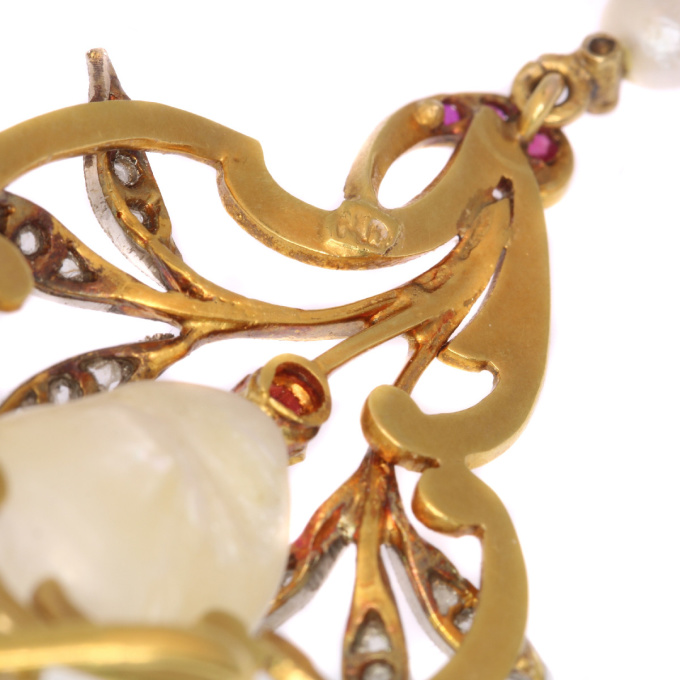 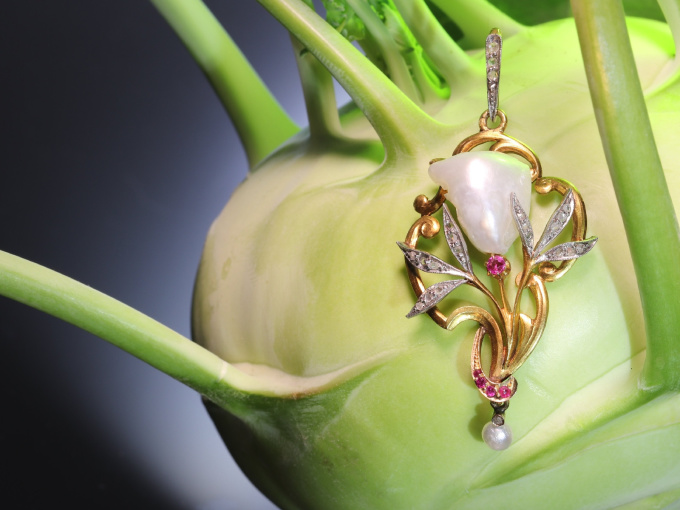 Style: Art Nouveau - Art Nouveau (French for New Style) is an international movement and style of art, architecture and applied art - especially the decorative arts - that peaked in popularity at the turn of the 20th century (1890–1905).

The name "Art Nouveau" is French for "new art". It is also known as Jugendstil, German for "youth style", named after the magazine Jugend, which promoted it, and in Italy, Stile Liberty from the department store in London, Liberty & Co., whichpopularised the style, and in Holland as “Sla-olie-stijl”, Dutch for “salad oil style” after a advertisement poster for this product that was made in that style.

A reaction to academic art of the 19th century, it is characterized by organic, especially floral and other plant-inspired motifs, as well as highly stylized, flowing curvilinear forms. Art Nouveau is an approach to design according to which artistsshould work on everything from architecture to furniture, making art part of everyday life. Although Art Nouveau fell out of favour with the arrival of 20th-century modernist styles, it is seen today as an important bridge between the historicism ofNeoclassicism and modernism.
-  See also: Art Nouveauor more info on styles

Style specifics: Art Nouveau - Although Art Nouveau took on distinctly localised tendencies as its geographic spread increase some general characteristics are indicative of the form. A description published in Pan magazine of Hermann Obrist's wall-hanging Cyclamen(1894) described it as "sudden violent curves generated by the crack of a whip", which became well known during the early spread of Art Nouveau.

Subsequently, not only did the work itself become better known as The Whiplash, but the term "whiplash" is frequently applied to the characteristic curves employed by Art Nouveau artists. Such decorative "whiplash" motifs, formed by dynamic,undulating, and flowing lines in a syncopated rhythm, are found throughout the architecture, painting, sculpture, and other forms of Art Nouveau design.(from: Wikipedia)

Extra information: Dog tooth pearl - This type of pearl is most likely a fresh water pearl from either the Mississippi and Tennessee river. These specific irregular shapes are called dog tooth.

Diamond(s):23 senailles. A senaille is a simplified rose cut diamond, a small diamond chip with perhaps a few polished facets. We do not have the weight of these diamonds which is normal in our trade when it comes to senailles.

Precious stones: Five rubies. We did not check if the rubies are lab produced or not as this information has no influence on the value of this jewel. Natural rubies and lab produced rubies were both used in this era, rather more for their effect than for their intrinsic value.
Onebig baroque pearl also called a dog tooth
One seed pearl

Birthstones: Diamond is the birthstone (or month stone) for April, ruby for July and pearl for June.
-  (more info on birthstones)