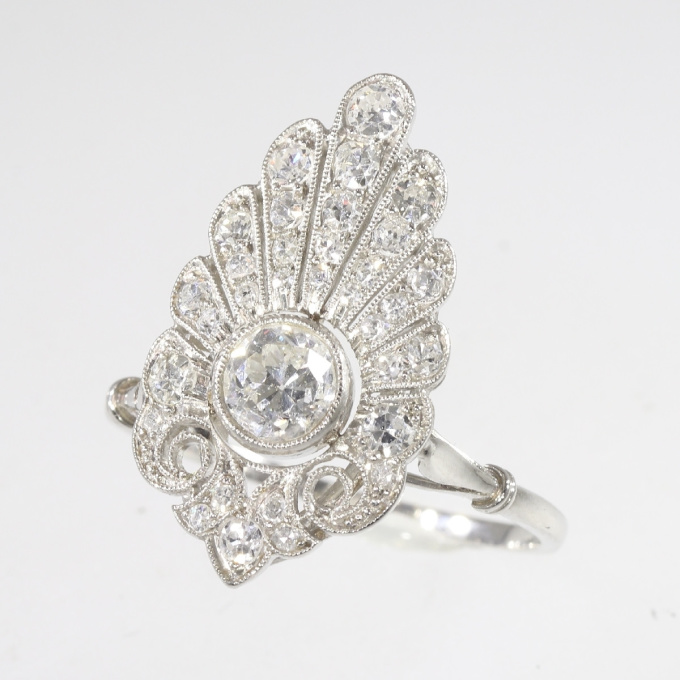 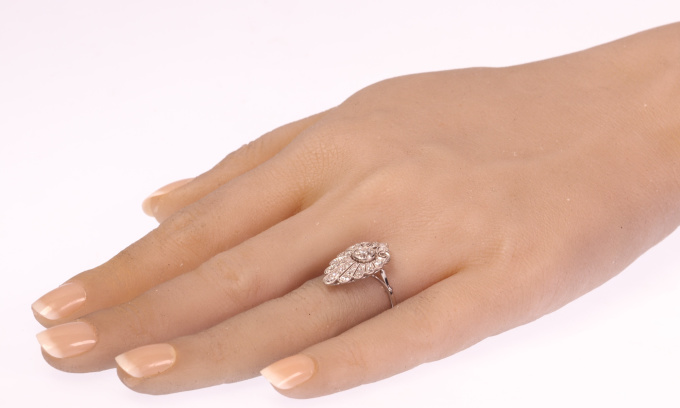 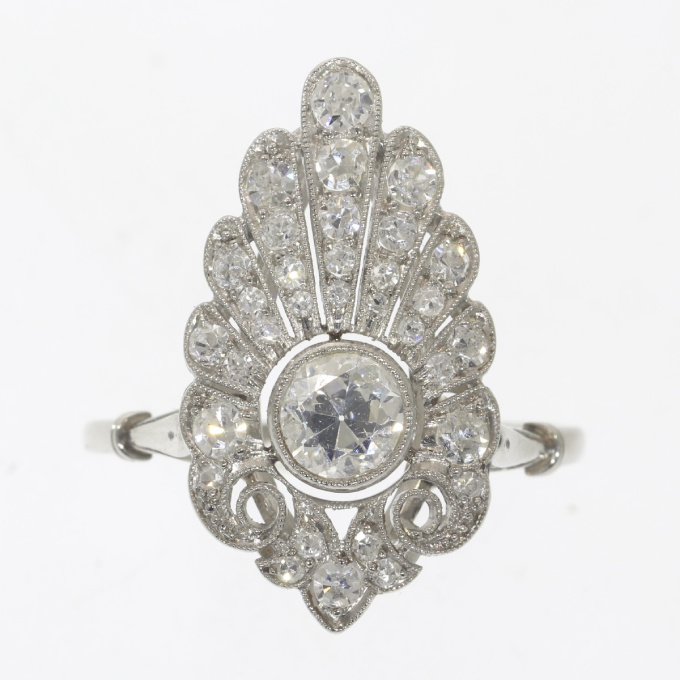 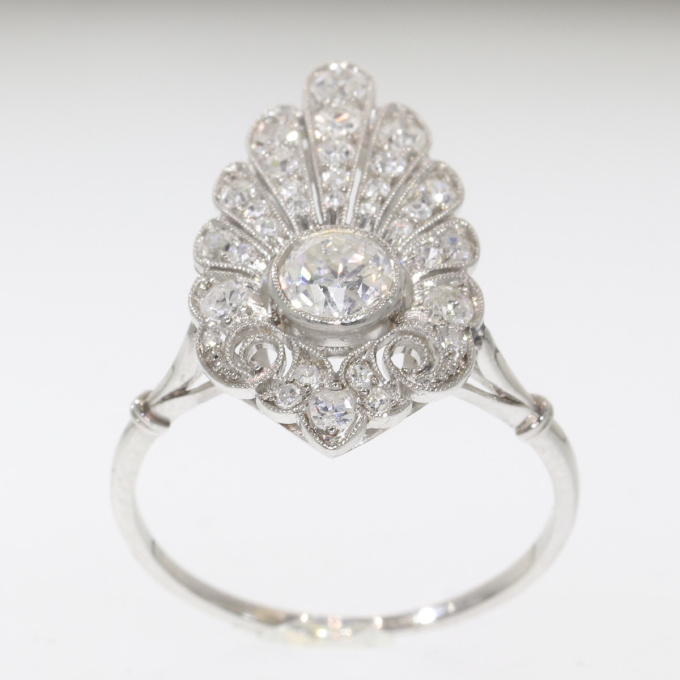 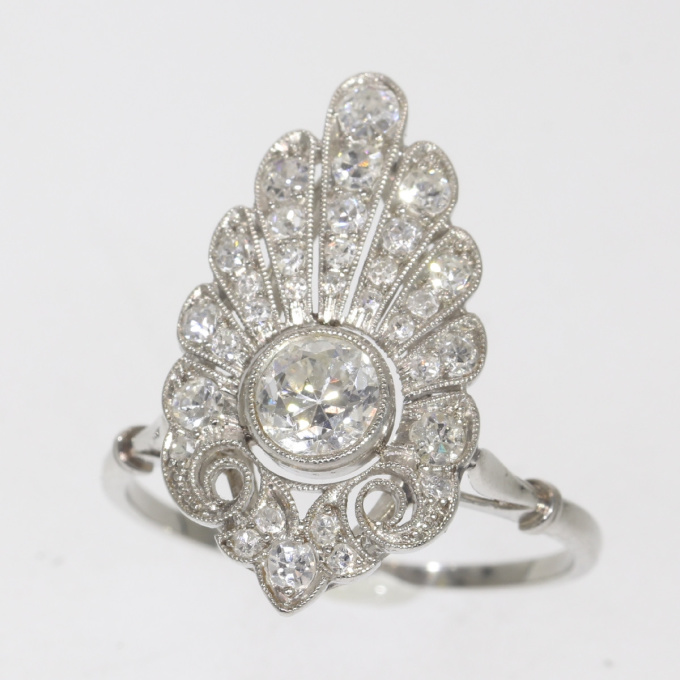 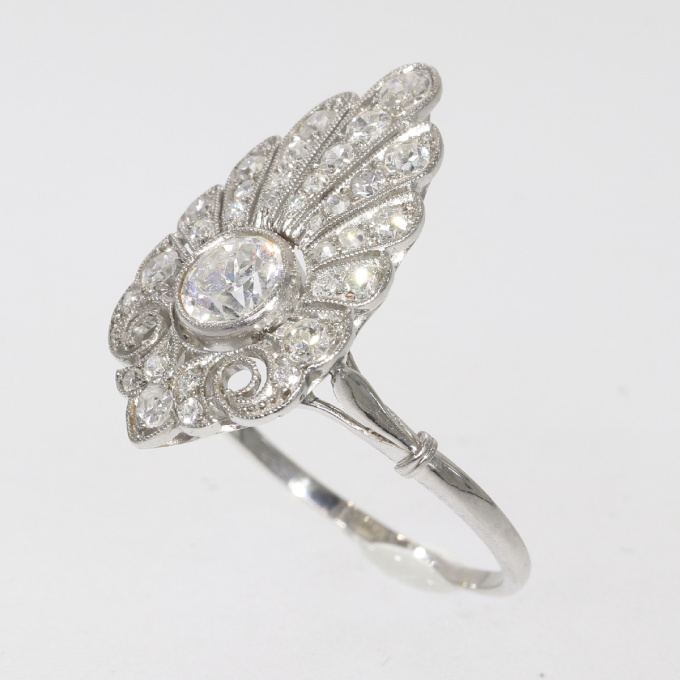 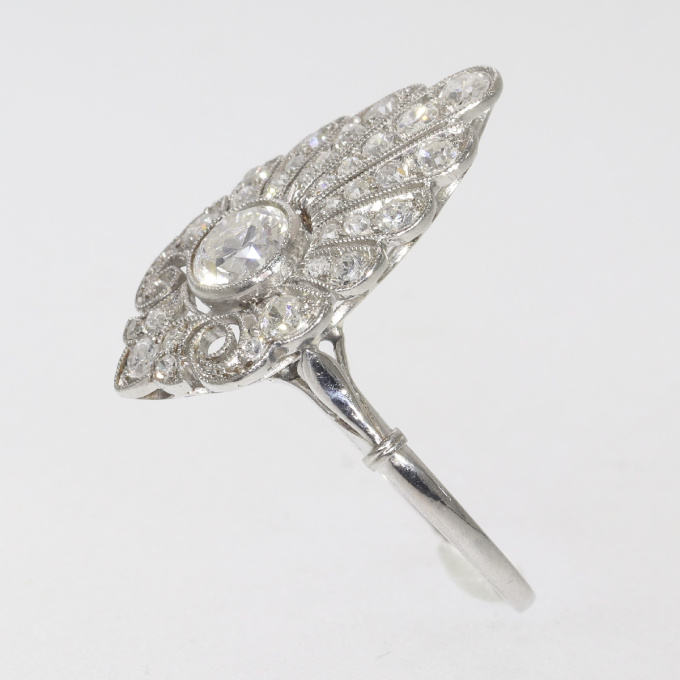 Style: Something between Art Deco and Belle Époque - Art Deco is an eclectic artistic and design style which had its origins in Paris in the first decades of the 20th century. The style originated in the 1920s and continued to be employed until afterWorld War II. The term "art deco" first saw wide use after an exhibition in 1966, referring to the 1925 Exposition Internationale des Arts Décoratifs et Industriels Modernes that was the culmination of high-end style modern in Paris. Led by thebest designers in the decorative arts such as fashion, and interior design, Art Deco affected all areas of design throughout the 1920s and 1930s, including architecture and industrial design, as well as the visual arts such as painting, the graphic artsand film. At the time, this style was seen as elegant, glamorous, functional and modern.   -  See also: Art Deco.

And the Belle Époque (French for "Beautiful Era") was a period in European social history that began during the late 19th century and lasted until World War I. Occurring during the time of the French Third Republic and the German Empire, the"Belle Époque" was named in retrospect, when it began to be considered a "golden age" the major powers of Europe, new technologies improved lives and the commercial arts adapted Renaissance and eighteenth-century styles to modern forms. In thenewly rich United States, emerging from the Panic of 1873, the comparable epoch was dubbed the Gilded Age. In the United Kingdom, this epoch overlaps the end of what is called the Victorian Era there and the period named the Edwardian Era.or more info on styles

Style specifics: This is something between Belle Époque and Art Deco.
The Belle Époque (French for "Beautiful Era") was a period in European social history that began during the late 19th century from the Franco-Prussian War (1870-1871) and lasted until World War I (1914-18).

Occurring during the time of the French Third Republic and the German Empire, the "Belle Époque" was named in retrospect, when it began to be considered a "golden age" the major powers of Europe, new technologies improved lives and the commercialarts adapted Renaissance and eighteenth-century styles to modern forms.

In the newly rich United States, emerging from the Panic of 1873, the comparable epoch was dubbed the Gilded Age. In the United Kingdom, this epoch overlaps the end of what is called the Victorian Era there and the period named the Edwardian Era.

In the Belle Époque cheap coal and cheap labour contributed to the cult of the orchid and made possible the perfection of fruits grown under glass, as the apparatus of state dinners extended to the upper classes; champagne was perfected during the Belle Époque. Exotic feathers and furs were more prominently featured in fashion than ever before, as haute couture was invented in Paris, the centre of the Belle Époque, where fashion began to move in a yearly cycle; in Paris restaurantssuch as Maxim's achieved a new splendour and cachet as places for the rich to parade, and the Opéra Garnier devoted enormous spaces to staircases as similar show places.

After mid-century, railways linked all the major cities of Europe to spa towns like Biarritz and Deauville; their carriages were rigorously divided into first-class and second-class, but the super-rich now began to commission private railway coaches, asexclusivity was a hallmark of opulent luxury. Bohemian lifestyles gained a different glamour, pursued in the cabarets of Montmartre.

Art Deco
Abstract motives and geometrical forms are quite typical for the Art Deco period. Art Deco moved away from the soft pastels and organic forms of its style predecessor, Art Nouveau, and embraced influences from many different styles and movements of theearly 20th century, including Neoclassical, Constructivism, Cubism, Modernism, and Futurism. Its popularity peaked in Europe during the Roaring Twenties and continued strongly in the United States through the 1930s. Although many design movements havepolitical or philosophical roots or intentions, Art Deco was purely decorative.

Hallmarks: The French control mark for platinum representing a dog's head that was in use in France from about 1912.
-  (more info on hallmarks)