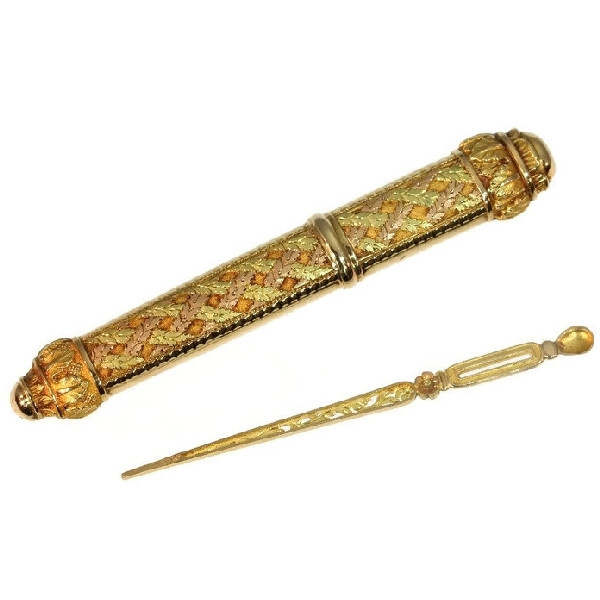 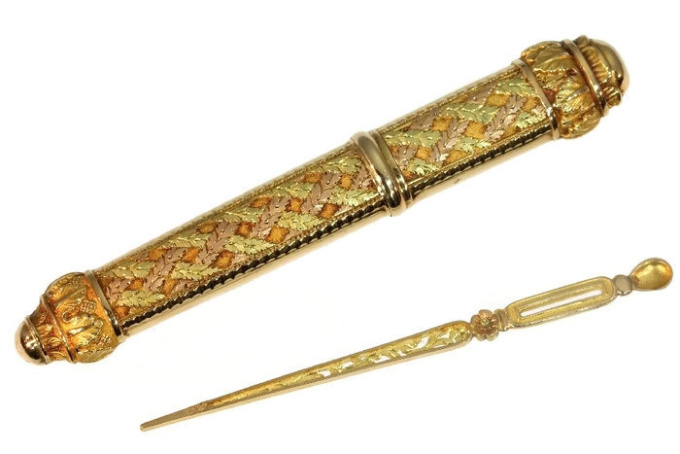 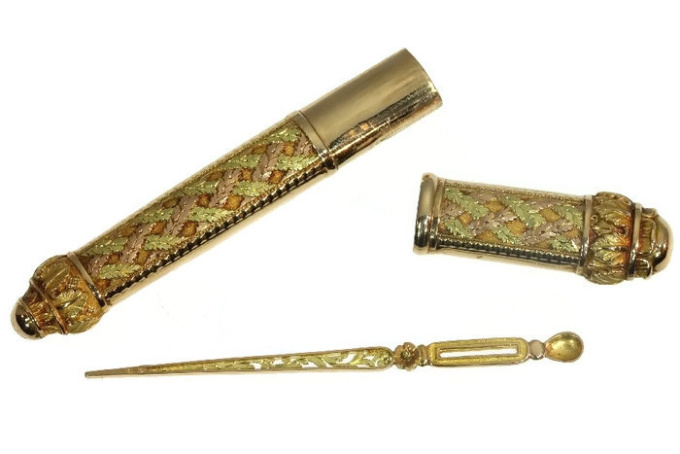 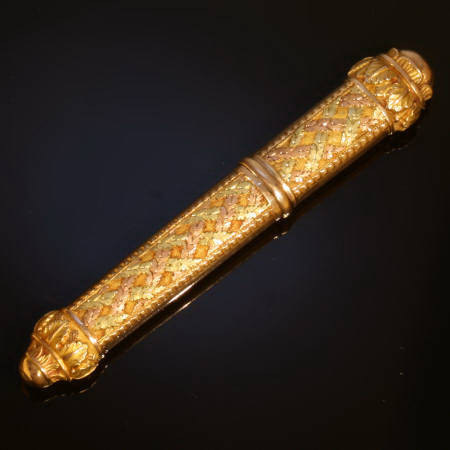 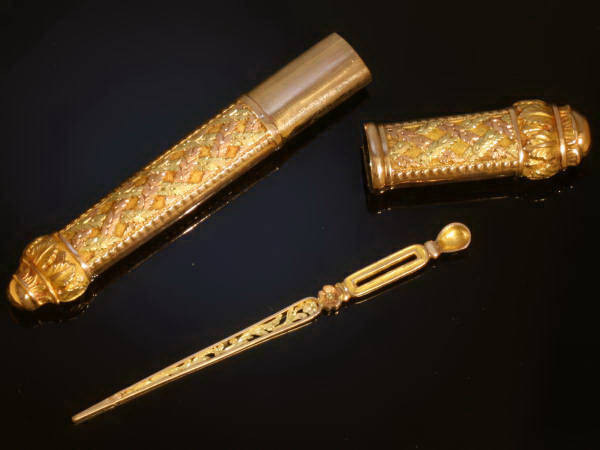 This 18K tri-colour gold French Empire set of sewing utensil from 1819 consists of a needle and its original case. A meticulously pierced bloom grows within a frame from the point of the needle to the flower at the needle eye that is topped with a smallspoon. The outside of the case is bedecked with an overlay of crisscrossing branches in green and red gold on a yellow gold back, while its both ends are all around adorned with acanthus leaves in yellow gold.
Having this stunningly crafted artefact in your possession, it is definitely more of an honour than a hazard to preserve as a fragment of history.

Style specifics: A style that borrowed style specifics from the ancient Greeks and the Roman empire (hence the name of the style: Empire). The empire period represents the second part of the Neo-Classical style, and shows a strong French influence. The style originated in the desire ofto revive the luxurious majesty of imperial Rome. Traditional classical motifs, already seen in the reign of Louis XVI, were supplemented by symbols of imperial grandeur- the emperor's monogram and his emblem, the bee; representations of military trophies; and after the successful campaigns in Egypt, Egyptian motifs. If we had to characterize this style briefly, we could focus on two elementary concepts: massiveness and symmetry.

Hallmarks: The French control mark representing an ram's head that was in use in France from about 1817.- ( general hallmarks info)