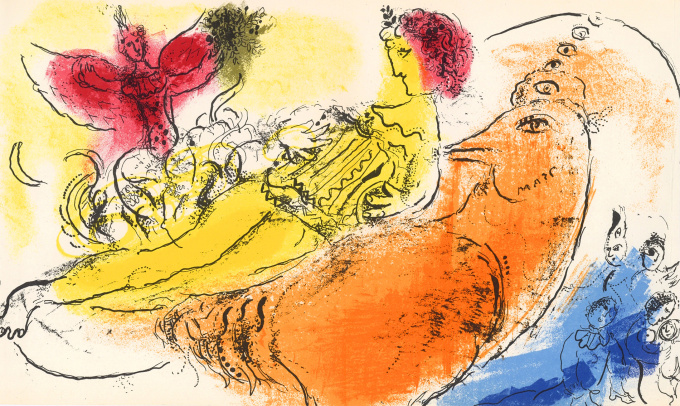 Medium: Lithograph
Year: 1957
printed by: Mourlot, Paris
reference: Mourlot - Chagall Lithographs No.203
This is one of the original lithographs Chagall contributed for a volume by Jacques Lassaigne, published in Paris in 1957 by Maeght. Printed onto a double sheet, as issued, with a trace of the usual central fold now flattened.


About the Artist - 185 more artworks