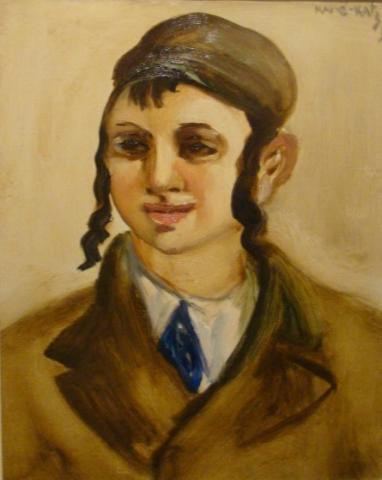 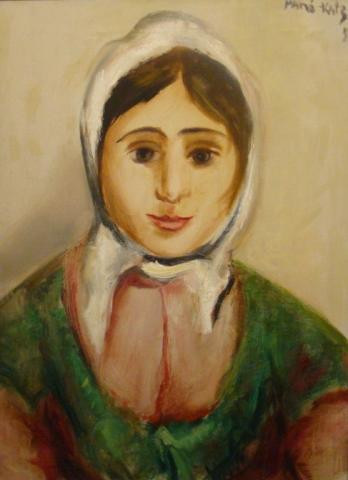 Emmanuel Mané-Katz was a Litvak painter born in Ukraine, best known for his depictions of the Jewish shtetl, small towns with large Jewish populations, in Eastern Europe. In 1921, due to the ongoing fighting in his hometown during the civil war, he moved to Paris. There he became friends with Pablo Picasso and other important artists, and was affiliated with the art movement known as the School of Paris. Together with other outstanding Jewish artists of the milieu, he is sometimes considered to be part of a group referred to as the Jewish School of Paris. Early on, his style was classical and sombre, but his palette changed to bright, primary colours in later years. His paintings feature rabbis, Jewish musicians, beggars, and scenes from the East European shtetl.