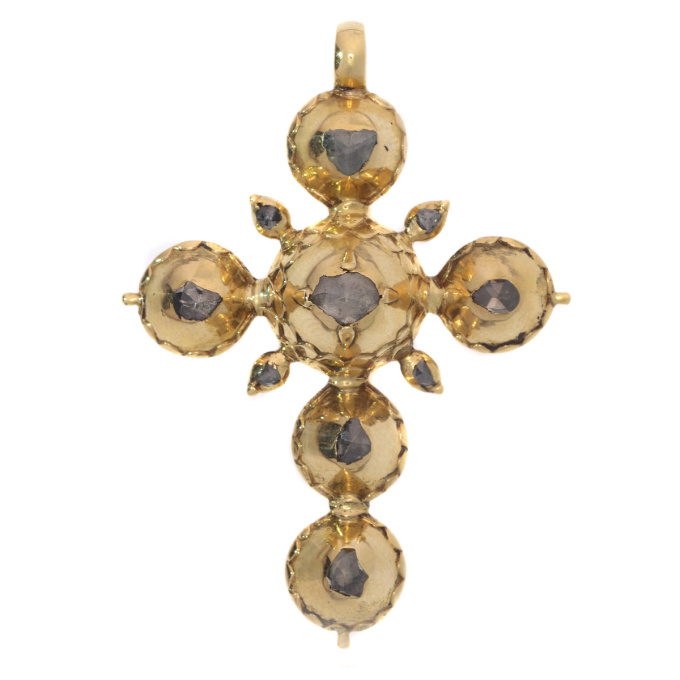 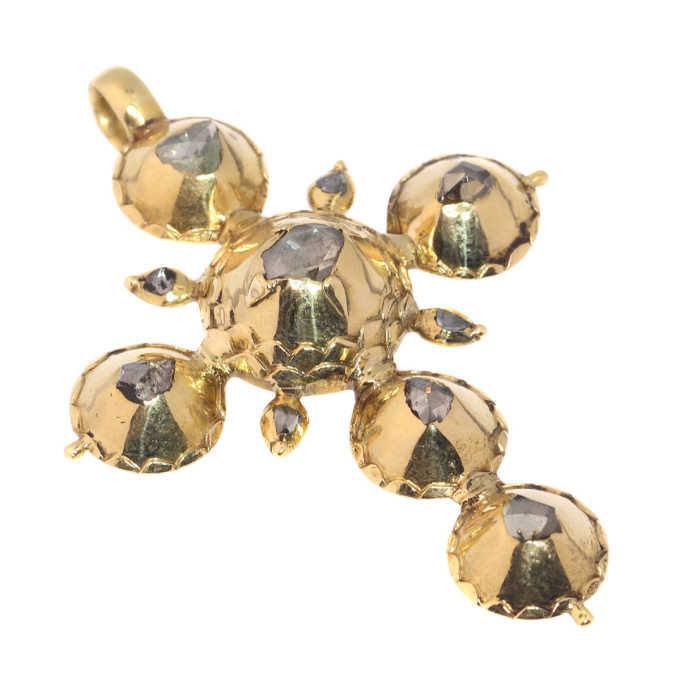 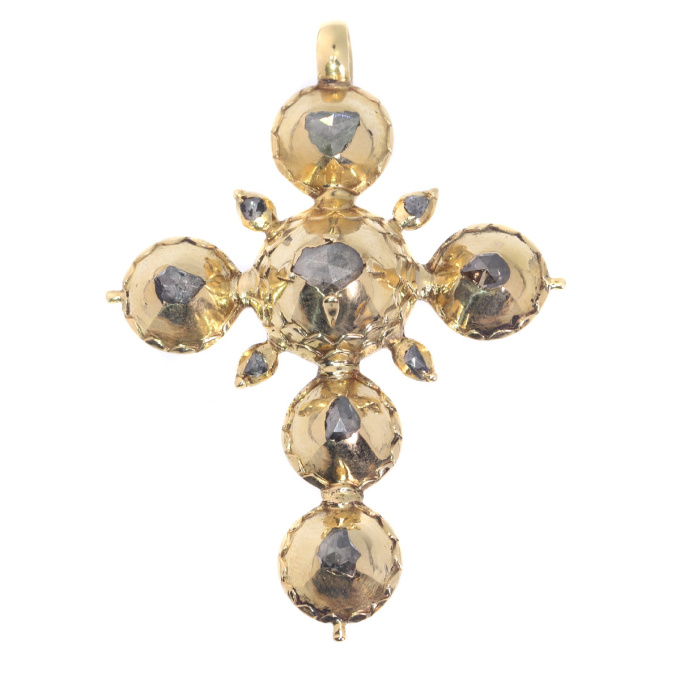 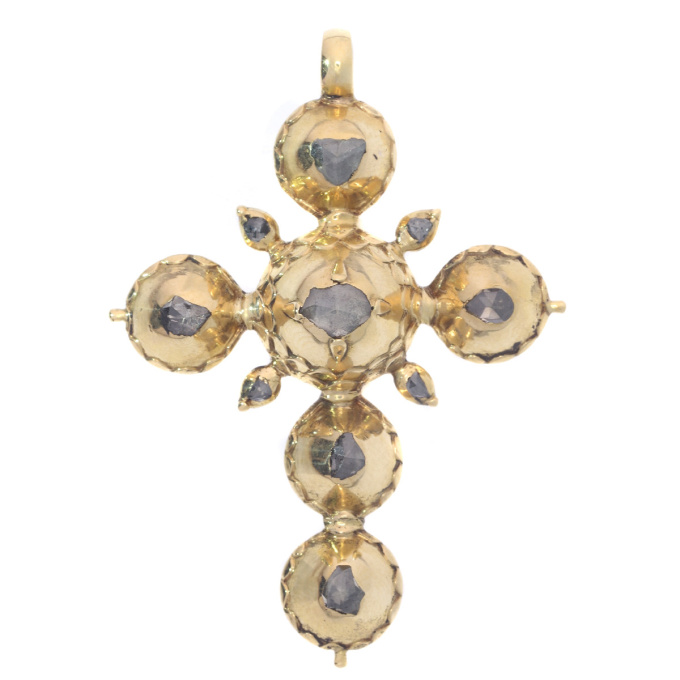 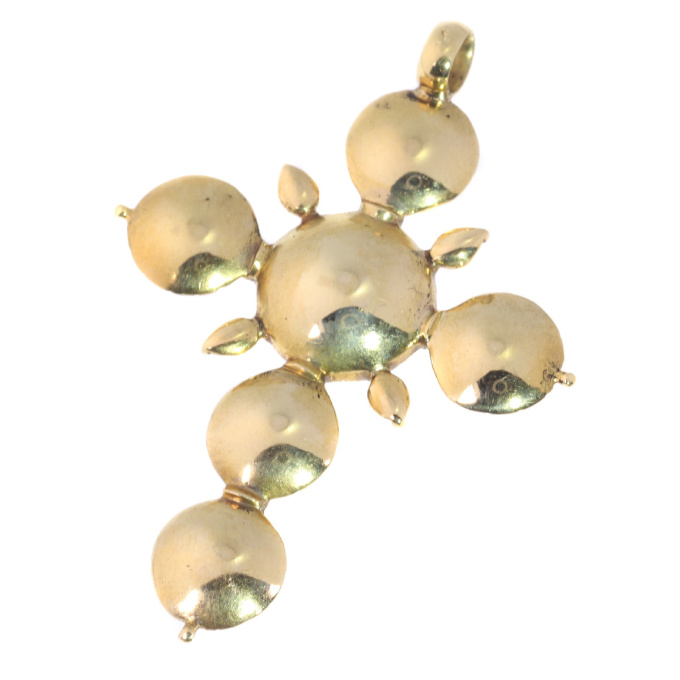 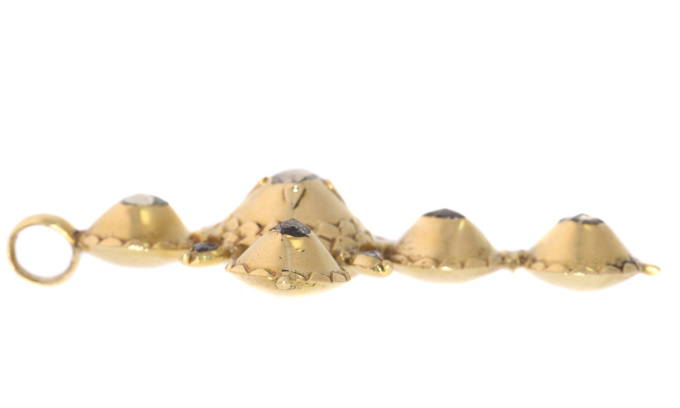 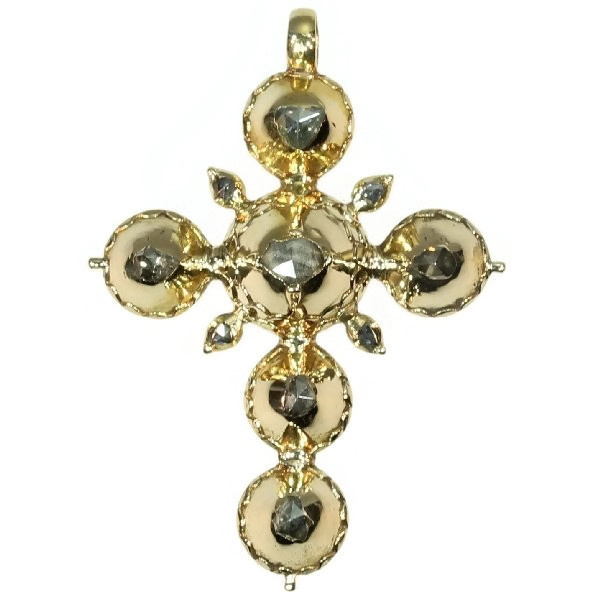 The purity of this 18K yellow gold Georgian cross pendant from 1812 emanates from the ten rose cut diamonds lustring from their domed settings arranged in a Roman cross. With its four diamond-encrusted petals sprouting between the intersections of the cross, this pendant could help anyone grow their devotional roots like roses in their soil.

Country of origin:We believe this to be of French or Belgian origin (the French hallmark found was used during the French occupation of Belgium 1795-1815)

Diamonds:Ten rose cut diamonds. We do not have the weight of the diamonds which is normal in our trade when it comes to rose cuts.

Hallmarks: The French hallmark depicting a rooster's head which was used in France (and Belgium) for 18K gold around 1810.
-  (more info on hallmarks)