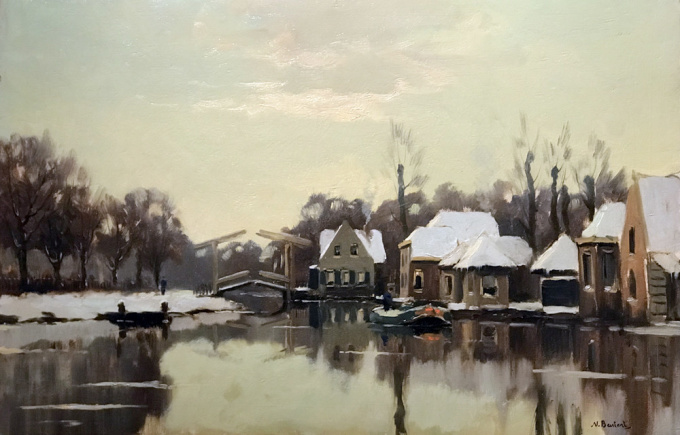 The artist Nicolaas S. Bastert is also called the fighting painter. He chose especially the landscape and the river Vecht as a subject. He received many awards with his work including gold medals at the Amsterdam, Munich and Paris urban exhibition. Bastert was a member of the merits of the Academy for Visual Arts in Rotterdam and he was a member of Arti et Amicitiae in Amsterdam. In addition, he was a member of Pulchri Studio in The Hague, of which most Hague scholars were also members.