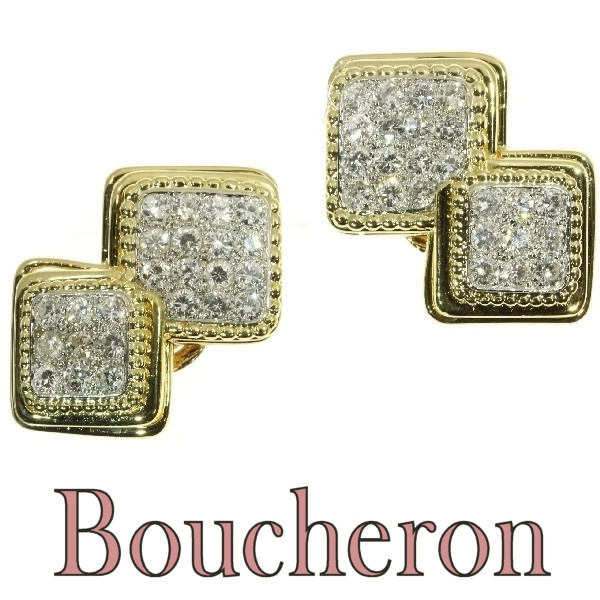 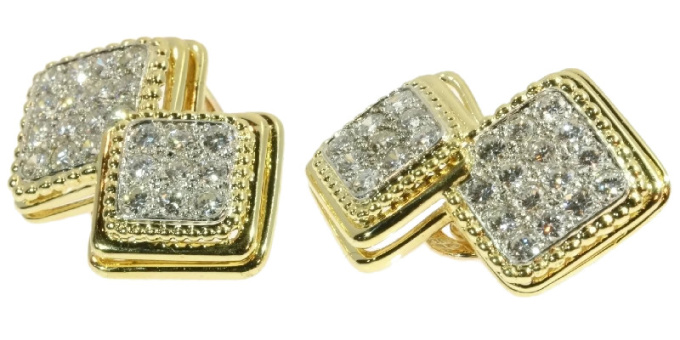 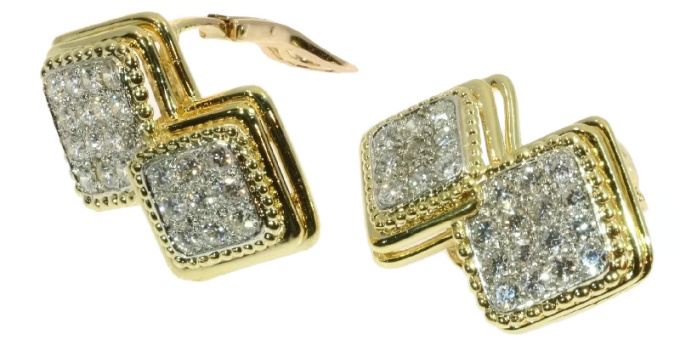 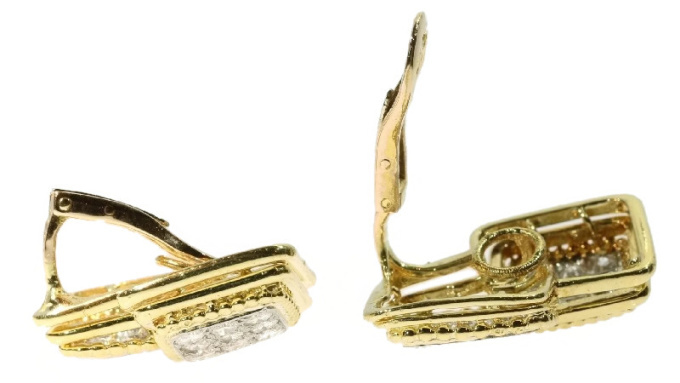 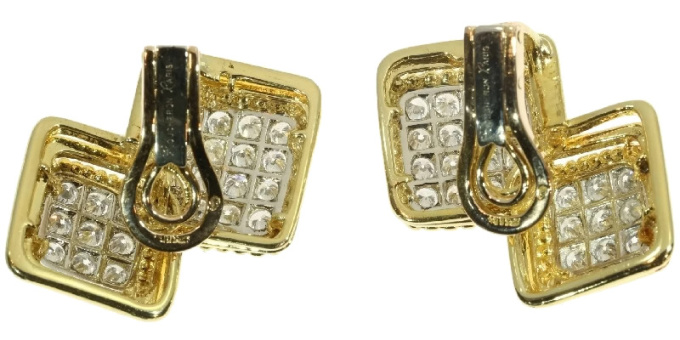 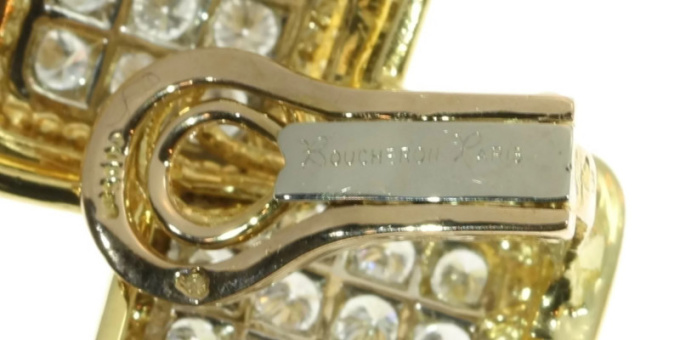 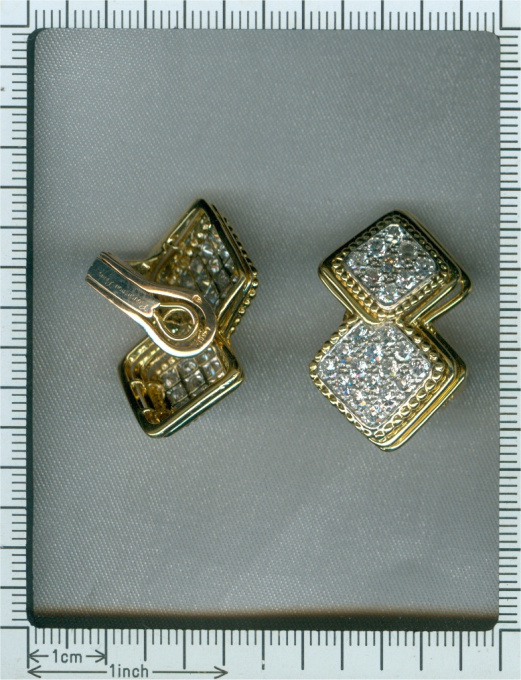 In each of these French Boucheron Estate earclips from 1950, two 18K yellow gold squares with 24 brilliant cut diamonds scattered over both fields of platinum merge into one another. A millegrain rim unfolds into a double terrace to enframe the exuberant shimmer of the total of 3.60 carat weight in diamonds. These stunning jewels could be your highlight of experiencing true Parisian Fifties sophistication.

Extra information: Boucheron - A leading French jewelry firm, founded in 1858 in the Palais Royal, Paris, by Frédéric Boucheron (1830-1902) and now having its main establishment at 26 Place VendOme, Paris, with branches in London and elsewhere.Frédéric Boucheron was succeeded by his son Louis (1874-1959), in turn succeeded by his son Gerard (b. 1910), whose son Alain (b. 1948) is now active in the business. The London office, established in 1907, is at 180 New Bond St. In 1960the firm at the request of the Shah of Iran, set up in Tehran the display of the Royal Jewelry Collection. Boucheron is noted as a specialist in gems as well as a designer of luxury and medium-priced jewelry.

Diamond(s): 48 brilliant cut diamonds with an estimated weight of ± 3.60ct. (colour and clarity: G/J, vs/si). - All diamond weights, color grades and clarity are approximate since the stones were not removed from their mounts to preserve the integrity of the setting.

Hallmarks: The French control marks representing an eagle’s head (that was in use in France from about 1838) next to the dog's head which is the official French hallmark for jewelry containing or made of platinum and that has been used since 1912.
-  (more info on hallmarks)

Boucheron is a French jewelry house founded in 1858 by Frédéric Boucheron.

The jeweller worked with a wide range of golds as well as precious gems like rubies and peridots. His jewellery was inspired by motifs from nature like the snake, later chosento be the house's symbol. The first Boucheron boutique was established in 1858 in the Galerie de Valois at the Palais Royal in Paris. In subsequent years, Frédéric Boucheron opened an atelier and began working with his nephew, Georges Radius. The play on shapes, manipulations of the material and combinations of gems had found their audience by the end of the 19th century. Boucheron was now attracting a clientele of writers, artists and princes.

When Fédéric Boucheron died in 1902, his son, Louis, took over the house. As heir, he contributed to the label’s development, by reaching further than France alone. He opened a branch in Moscow and he also established a collaboration with the young jeweler, Pierre Sterlé. In 1954, his children, Fred and Gérard Boucheron, were next to take over the brand. Maintaining the inherited expertise, they established the label in Japan during the 1970s, during which time Jane Birkin famously posed holding a Boucheron diamond necklace.