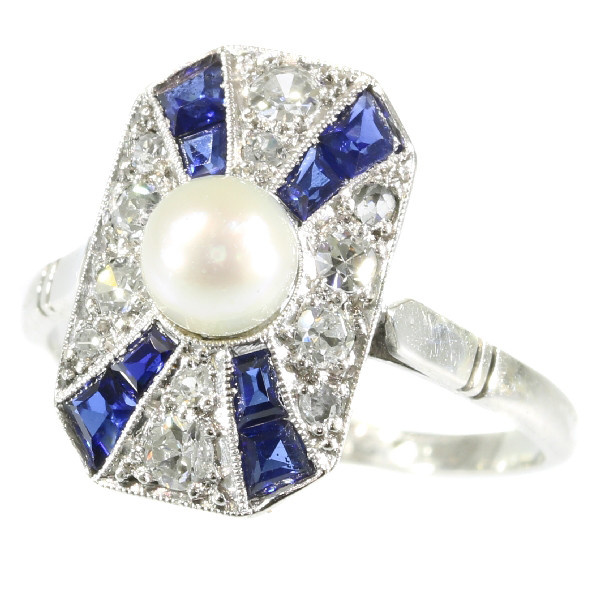 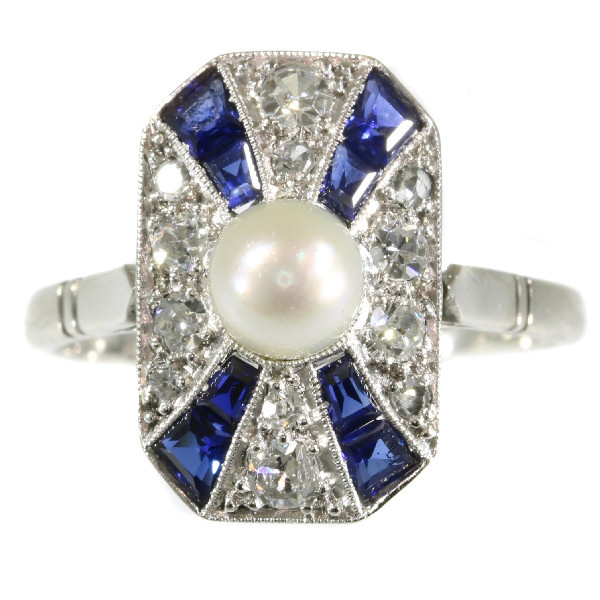 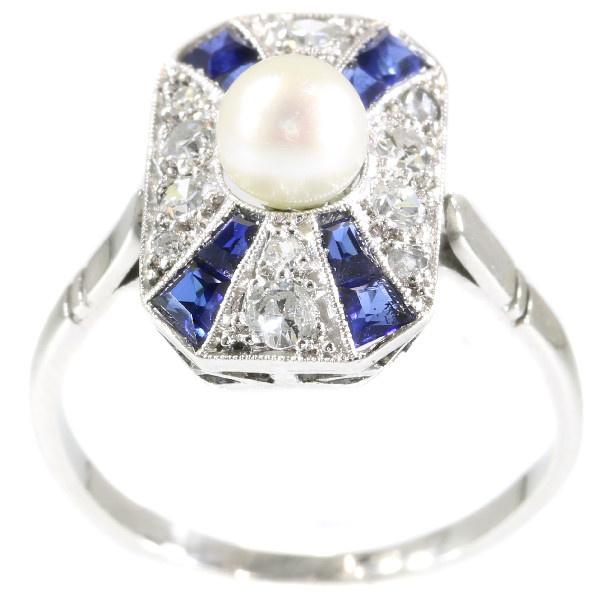 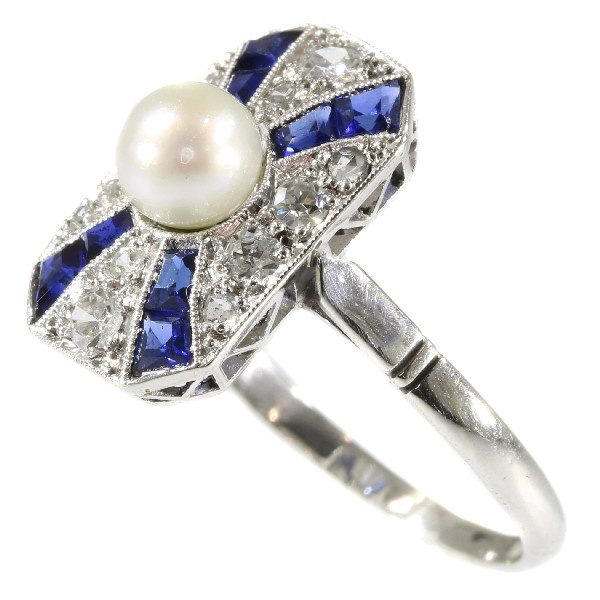 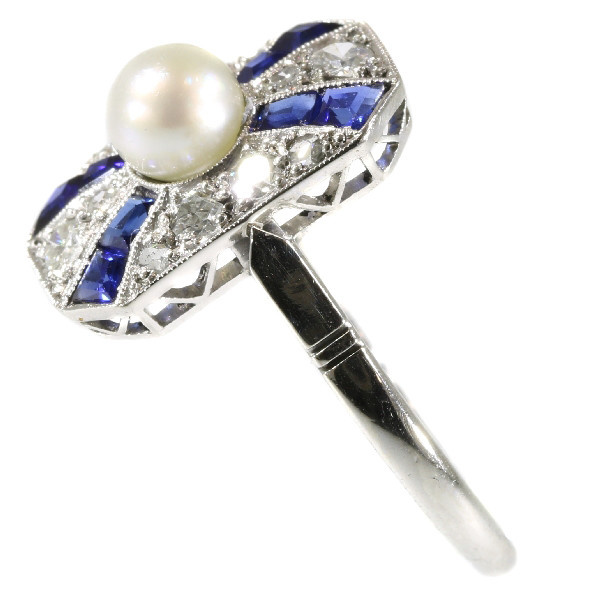 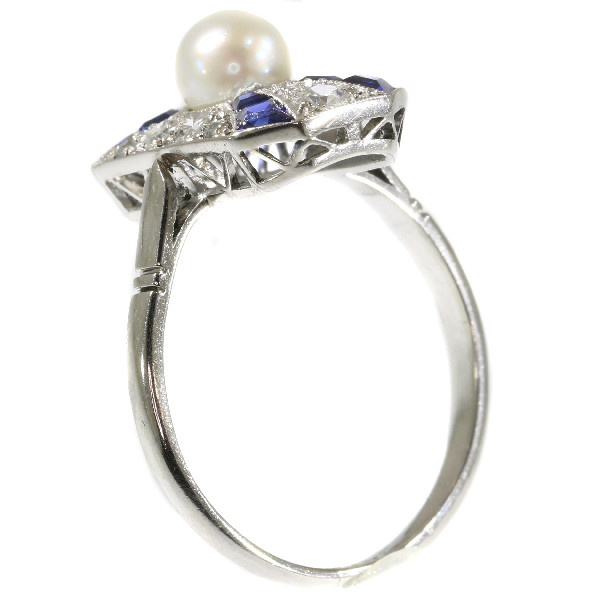 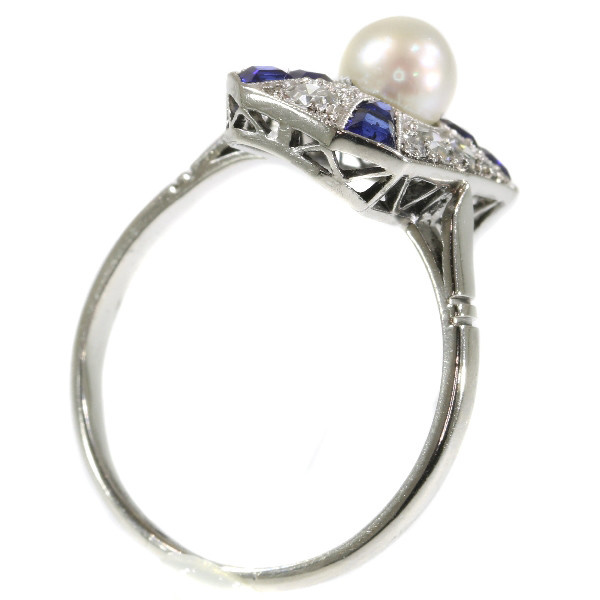 Precious stones: Eight sapphires. We did not check if the sapphires are lab produced or not as this information has no influence on the value of this jewel. Natural sapphires and lab produced sapphires were both used in this era, rather more for their effect than for their intrinsic value. with an estimated weight of ± ct.
One pearl

Birthstones: Diamond is the birthstone (or month stone) for April, sapphire for September and pearl for June.
-  (more info on birthstones)