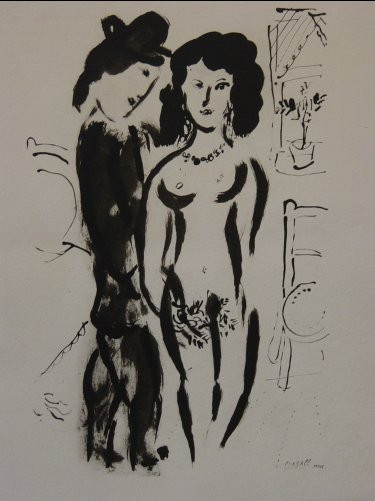 From: Couleur Amour. A series of pochoirs. They were published in an edition of 320 copies in 1958. The work includes the watermark "Ceci est une reproduction", followed by Chagall's signature.
Framed.