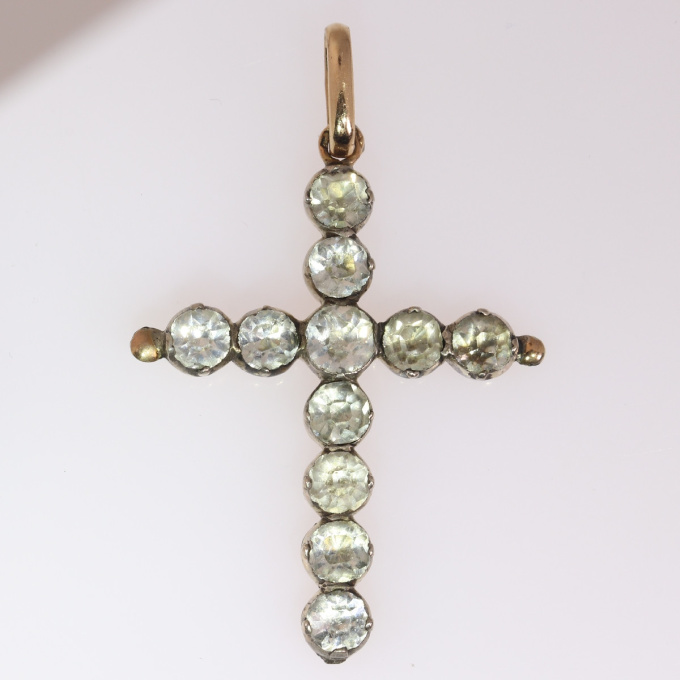 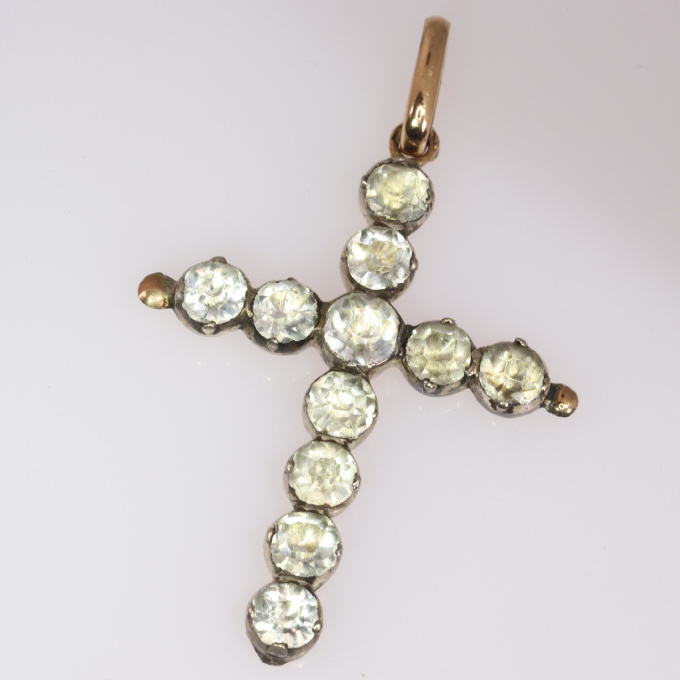 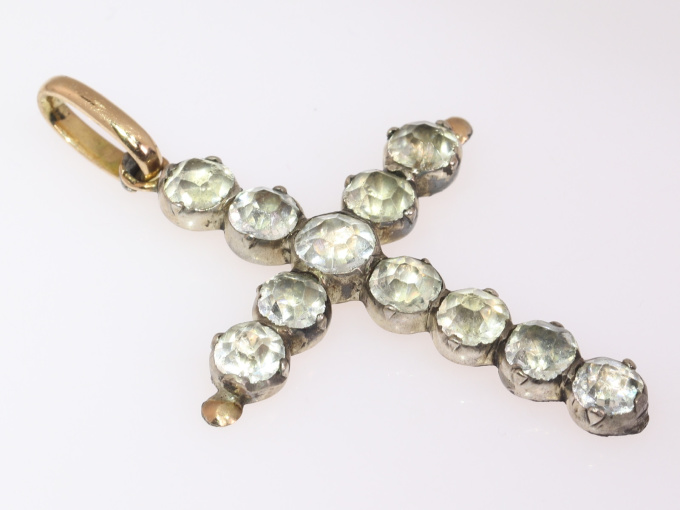 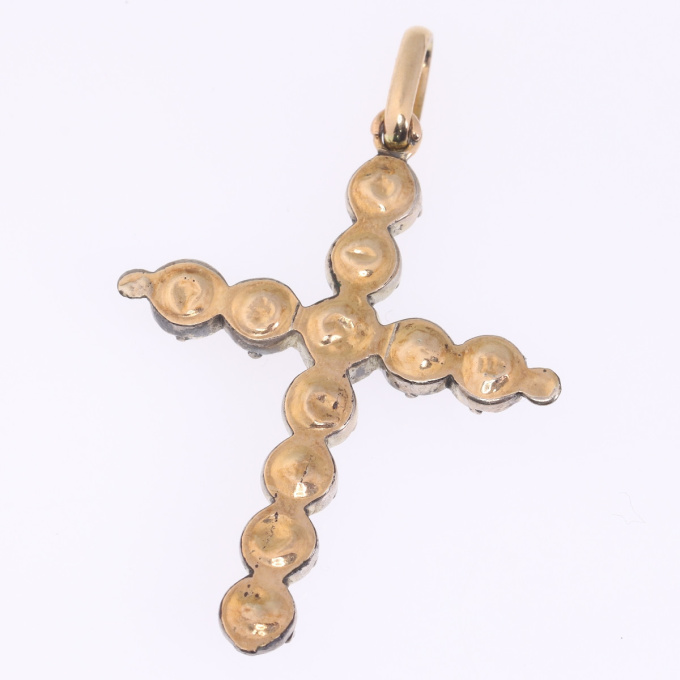 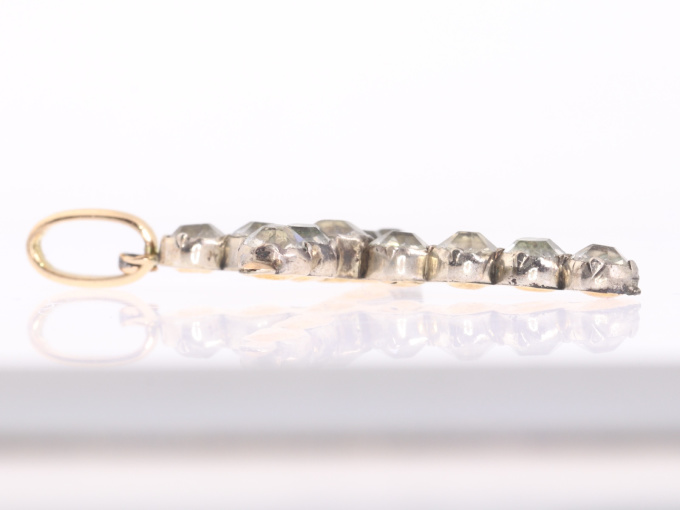 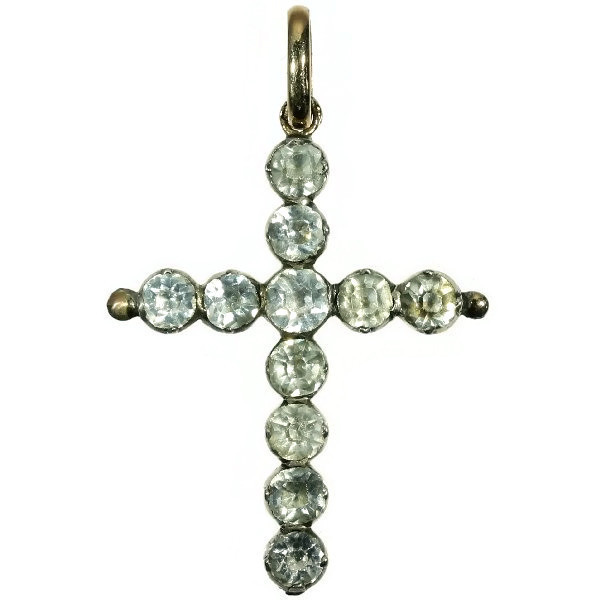 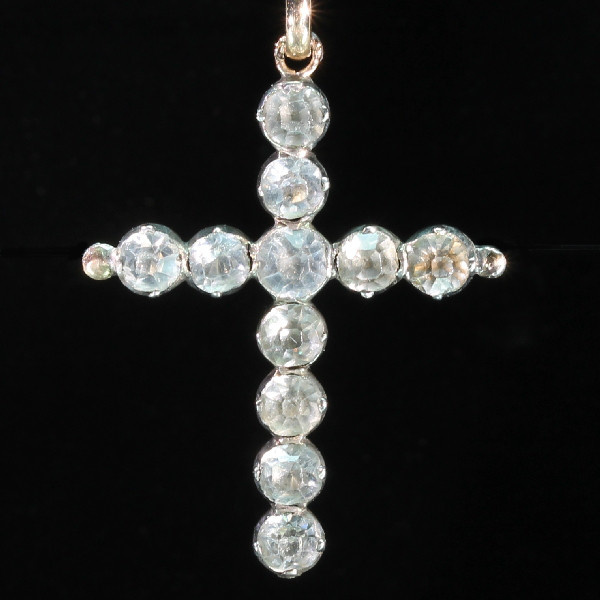 Extra information:The stones used are one of the earliest diamond imitations, named strass; A brilliant paste made out of lead glass and used to simulate various transparant gemstones. It is a borosilicate of potassium and lead, with small quantities of alumina. When uncoloured it was used to simulate diamonds, being transparent and veryrefractive, although much softer; the addition of metallic oxides and salts produces coloured strass to imitate most known gemstones. It is named after Georges-Frédéric Strass (1701-1773) who was born at Wolfsheim, near Strasbourg, where he learned to make jewelry and artificial gems; he moved to Paris in 1724, and there invented, from 1730 to 1734, new techniques for making imitation precious stones (imitation diamonds having been known in Paris in the 17th century). He ceded the making of such ware in 1752 to Georges-Michel Bapst (1718-1780), husband of his niece. Such artificial gems are now made mainly in Czechoslovakia, Austria, and France. Many writers and standard dictionaries have attributed the invention to a Joseph Stras(s)(er) of Vienna, but no record of such a person is known, and the legends about him has been discredited.