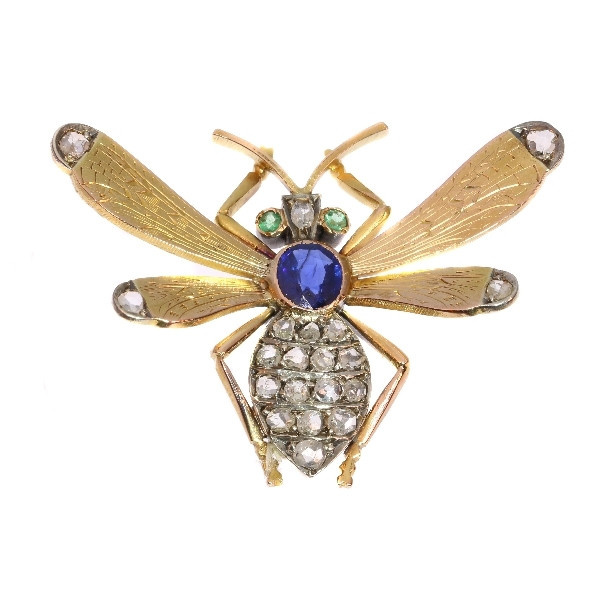 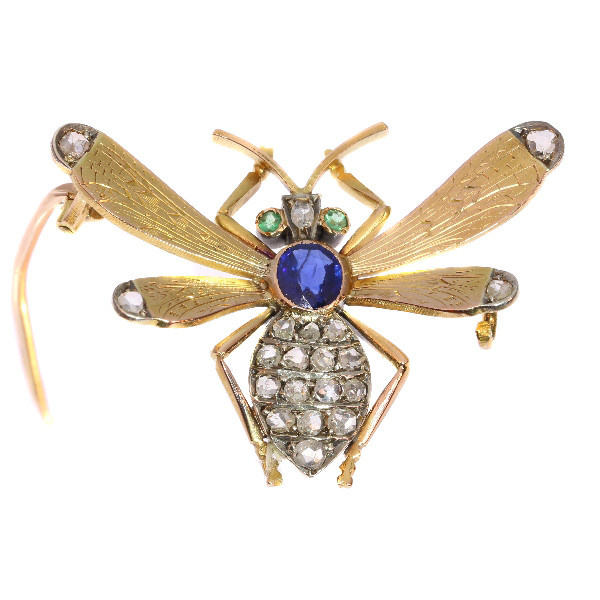 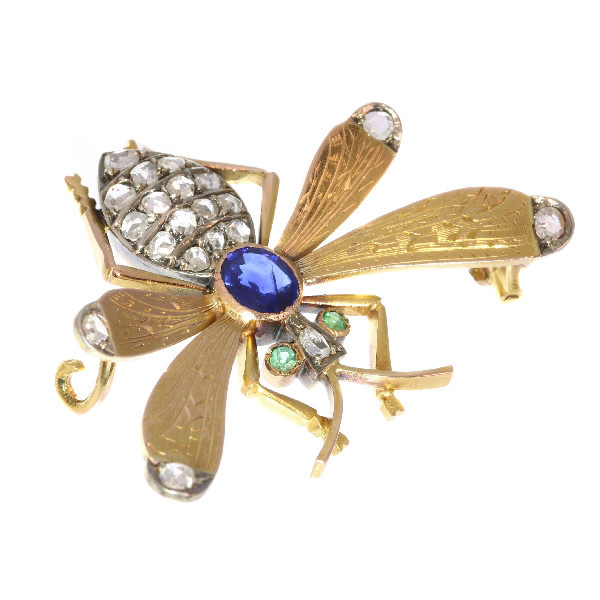 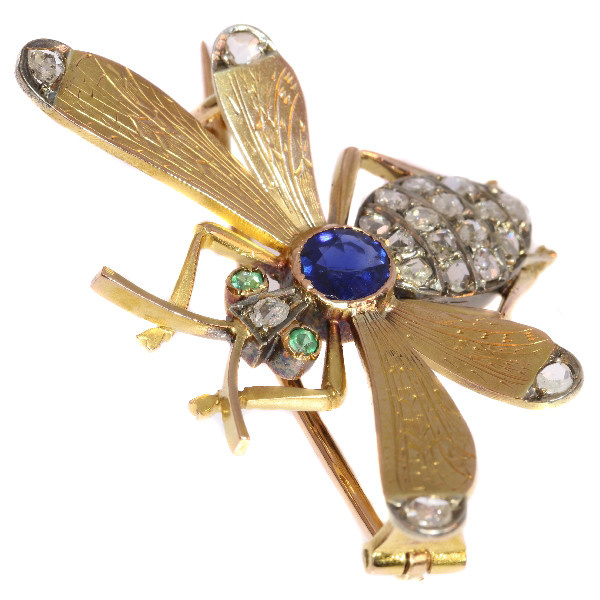 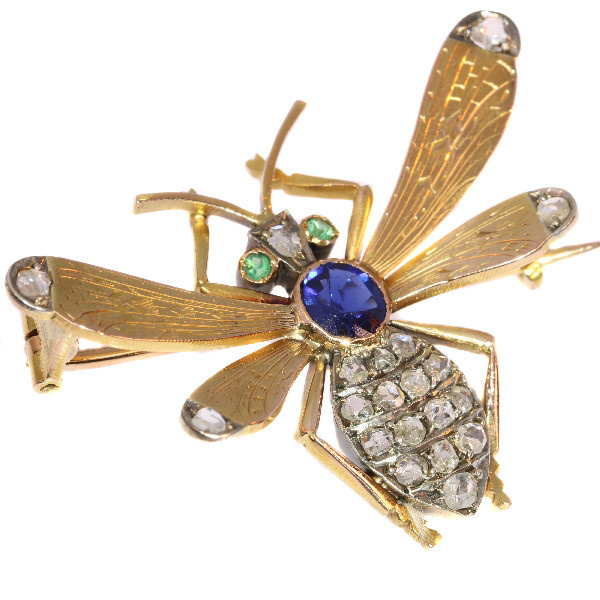 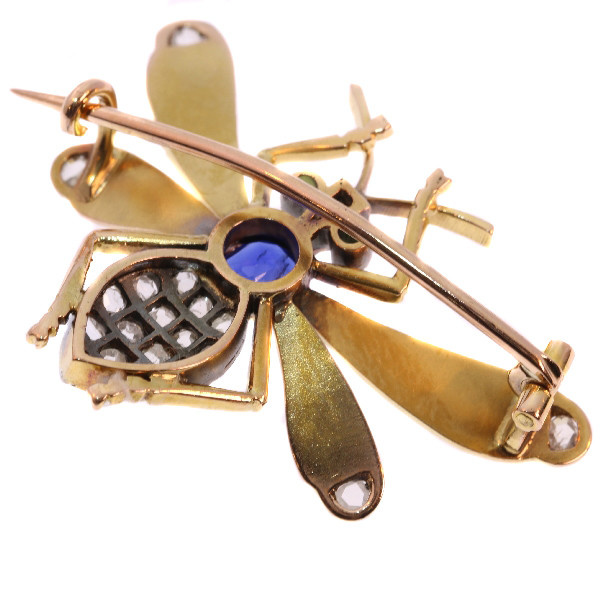 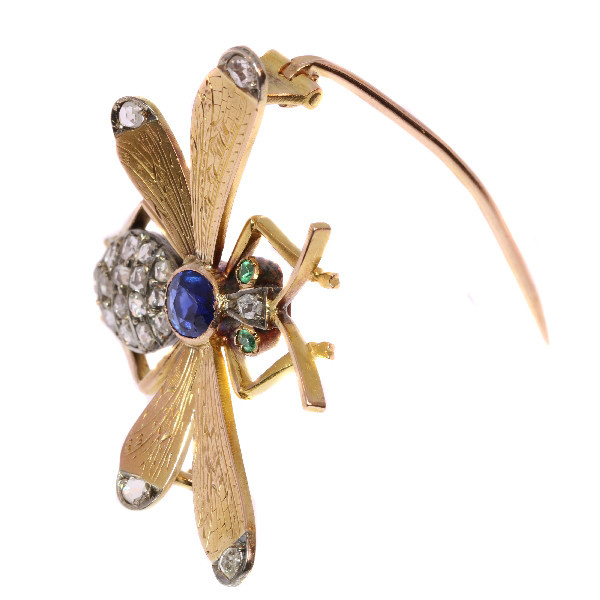 Theme: Bee - The bee, found in Ancient Near East and Aegean cultures, was believed to be the sacred insect that bridged the natural world to the underworld. Appearing in tomb decorations, Mycenaean tholos tombs were even shaped as beehives. Bee motifs are also seen in Maya cultures, an example being the Ah-Muzen-Cab, the Bee God, found in Maya ruins, likely designating honey-producing cities (who prized honey as food of the gods).

In ancient Egypt, the bee was an insignia of kingship associated particularly with Lower Egypt, where there may even have been a Bee King in pre-dynastic times. After the unification of Upper and Lower Egypt, this symbol was incorporated in the titleusually preceding the throne name of pharaoh. Honey bees, signifying immortality and resurrection, were royal emblems of the Merovingians, revived by Napoleon. The bee is also the heraldic emblem of the Barberini.

In heraldry, the bee symbolizes diligence and indefatigable effort. Someone is said to be busy as a bee when he or she works tirelessly and regardless of schedules or breaks. (from: Wikipedia)

Technique: Gold-backed silver or the silver on gold technique. This technique finds its origin centuries ago, when jewelers believed that only a silver mounting could render the true beauty of a diamond. Backing the silver jewel with a (thin) layer of gold was apractical precaution taken to avoid the silver jewelry leaving black stains on clothing or skin. Over the years, with the recognition (and thus use) of platinum as precious metal and the development of white gold the practical necessity to use bi-colored material became obsolete. The argument to use bi-colored metals became more an esthetic then a practical one.

Extra information: Bees - Bees figure prominently in mythology and have been used by political theorists as a model for human society.

Despite the honey bee's painful sting and the stereotype of insects as pests, bees are generally held in high regard. This is most likely due to their usefulness as pollinators and as producers of honey, their social nature, and their reputation fordiligence.

In ancient Egypt, the bee was seen to symbolize the lands of Lower Egypt, with the Pharaoh being referred to as "He of Sedge and Bee" (the sedge representing Upper Egypt). (From: Wikipedia)

Diamond(s): 20 rose cut diamonds. We do not have the weight of the diamonds which is normal in our trade when it comes to rose cuts.

Precious stones: One sapphire with an estimated weight of ± 0.75ct. (colour etc.: blue)
Treatment: unknown
Two emeralds (colour etc.: green)
Treatment:unkwown
- All color stone weights are approximate since stones are not removed from their mounts to preserve the integrity of the setting.

Birthstones: Diamond is the birthstone (or month stone) for April, and sapphire for September. and emerald for May.
-  (more info on birthstones)