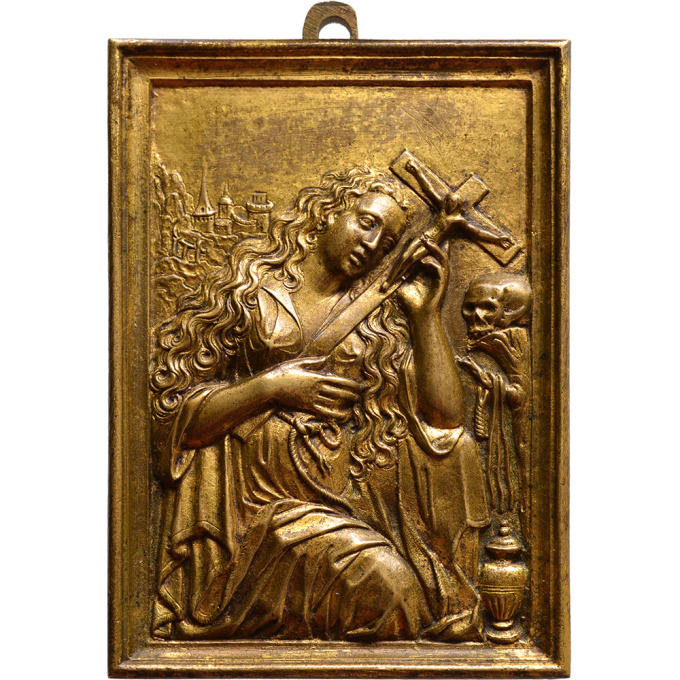 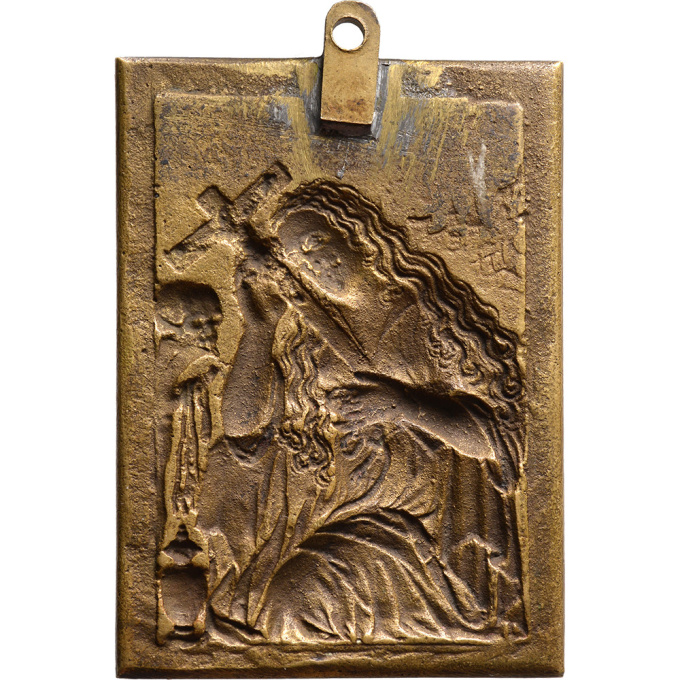 A gilt-bronze rectangular plaque with the Penitent Magdalene, The Netherlands, late 16th century 1560 - 1699