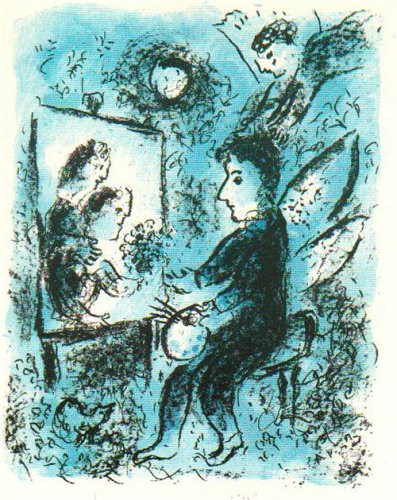 The lithograph that Chagall finished on his last day.
Signed by stamp, numbered.
Unframed.
Mourlot nr: 1050