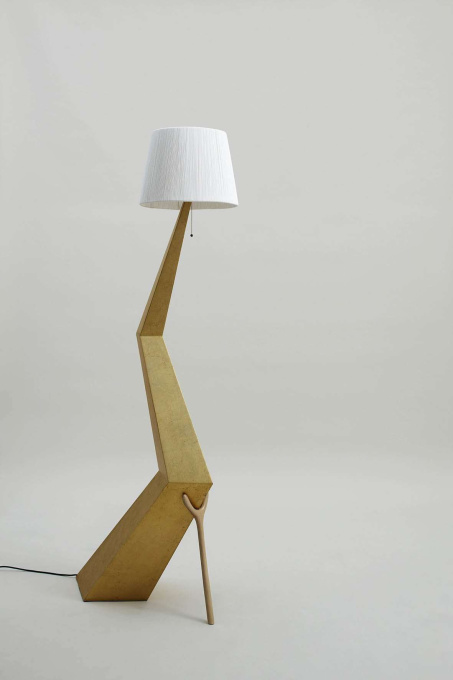 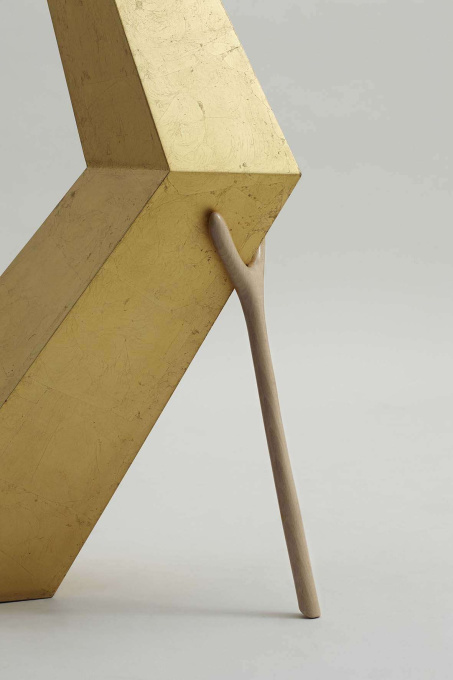 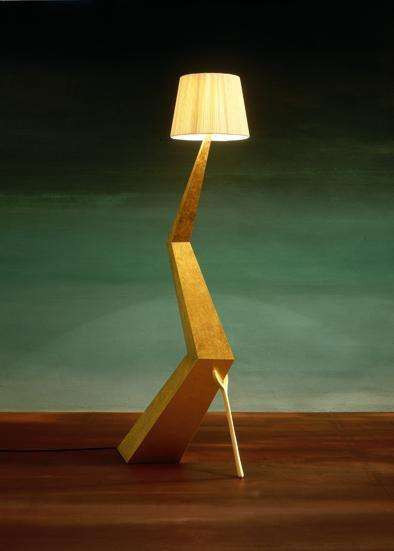 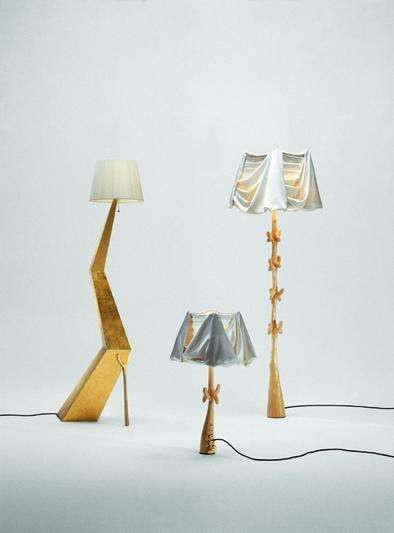 A standing lamp which corresponds to the work of Jean Michel Frank, adopted by Dalí for his house at Port Lligat. The zig-zag pyramidal pedestal is covered in gold leaf due to it’s being a noble metal and one of Dalí’s obsessions. The Muleta also is an addition to his obsessions.
Panel structure covered with simil fine gold leaf.
Lamp shade in ivory cotton and rayon.