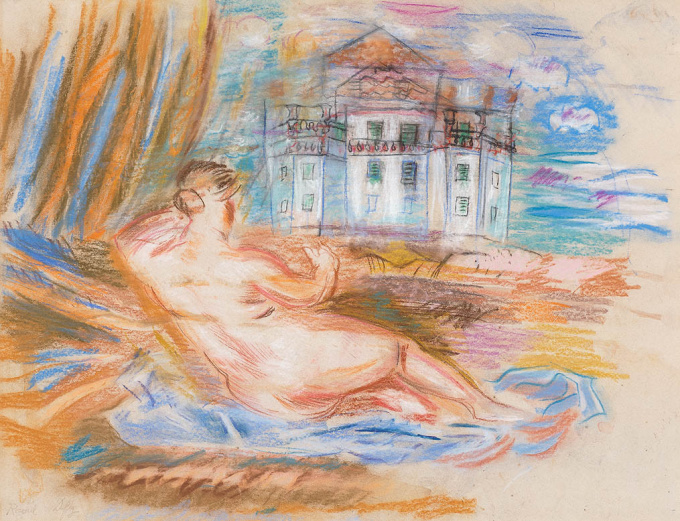 Like many other artist, including Picasso and Derain, Dufy became very interested in Renoir’s work after the first world war. The present work, with its loose brushstrokes and warm sensuality may be seen as a personal act of hommage to the late nudes wich were particularly admired at the time.

To be included in de supplement to the Raoul Dufy Catalogue Raisonné des aquarelles, gouaches et pastels being prepared by Fanny Guillon-Lafaille.