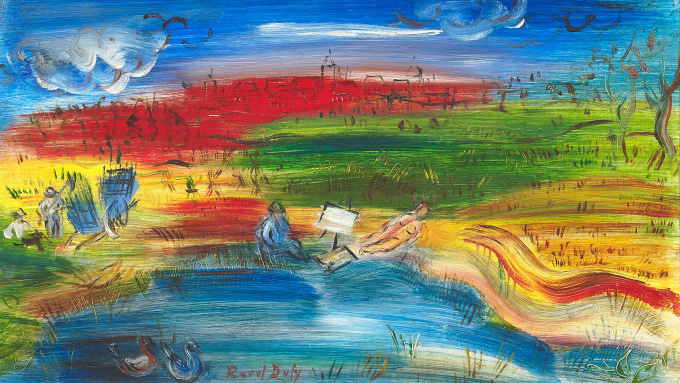 This painting will be sold with a certificate of authenticity by Fanny Guillon-Laffaille.