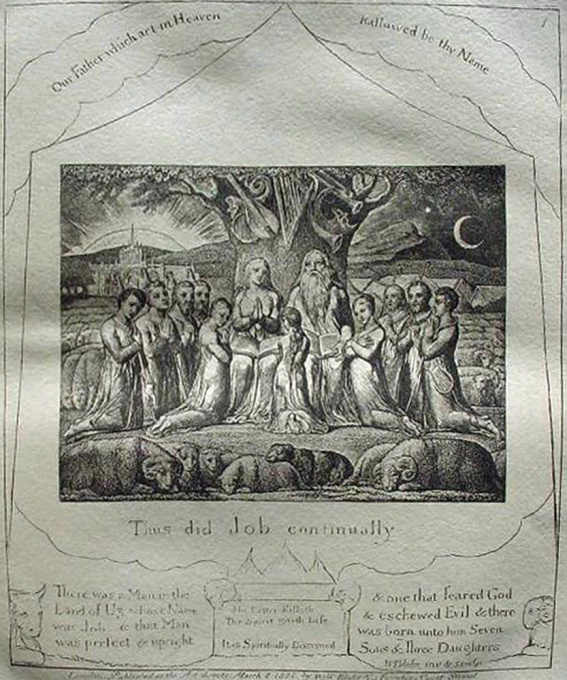 The Book of Job with 21 original etchings by the designer and poet William Blake (1757-1827). Later prints from the original plates . Beautiful cover, marbled cover.

He left school early and was educated at home by his mother Catherine Blake. His artistic talent was early recognized and encouraged by his parents. At the age of ten he was sent to Pars's drawing school in the Strand. When Blake turned fourteen he came in contact with engraver James Basire, who would teach him the art of engraving for the next seven years. At the end of these years Blake became a professional engraver.

In the fall of 1779 Blake was accepted to the Royal Academy in Old Somerset House located near Strand. He soon rebelled against the policy of the school's president Joshua Reynolds, who was very fond of the work of Ruben's. Blake called this style unfinished, he preferred the precision of Rafael and Michelangelo.

After leaving the Royal Academy he married Catherine Boucher and his first collection of poems was printed, named Poetical Sketches. His work became more mystic as he became older, full of symbolism and his own mythology. Blake died in 1827 and was buried at Bunhill Fields in London.