Together, Süe et Mare founded the 'Compagnie des Arts Français' in 1919. With their different talents, which reinforced each other, they were a great success. They designed and produced beautiful creations in the field of applied art such as furniture, mirrors, lamps, clocks, textiles, glass, ceramics et cetera. They had important clients such as Jacques Doucet, Countess Goyeneche, Théatre Danou and the French government such as the commission to manufacture the cenotaph in the Arc de Triomph, but also made interiors for luxury ocean liners such as the "SS Paris" (1921) and ' Ile de France" (1927). They collaborated with a team of artists such as Paul Vera, Maillol, Gustave-Louis Jaulmes, Charles Dufresne, Maurice Marinot and others, who also created their own individual works.

Their designs in luxurious materials, high quality, stylized, often decorated with flowers, were only made in small limited editions, sometimes even exclusively, for their well-to-do clientele.

They exhibited at the Arts et Décoratifs Internationale in 1925 with "Le Musée d'Art Contemporain", but also designed the pavilion of the French Embassy, ​​the Parfums d'Orsay boutique and the Christofle-Baccarat stand. Their latest project was the furnishing of Jane Renouard's private home. Their partnership lasted until 1928 when Jacques Adnet took over the board.

André Mare mainly went back to painting and died in 1932, partly due to the injuries he sustained in WWI. Louis Süe continued to work as an independent architect and designer until WWII.

Many of their works now belong to the collections of major museums such as MOMA in New York, Musée d'Orsay or Musée des Arts Décoratifs in Paris. 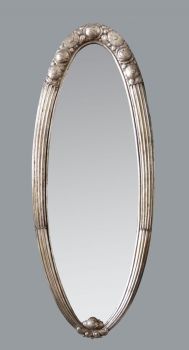