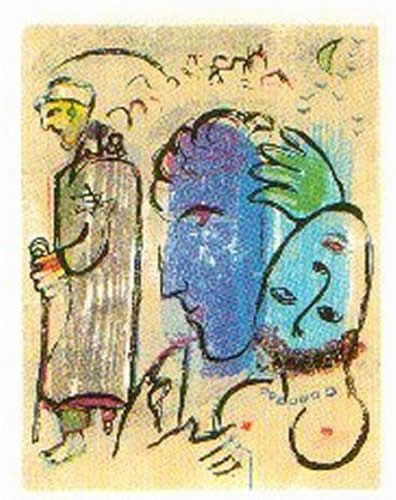 Chagall was not only a painter but also a poet. In 1968 several of Chagall's poems were published in the album "Les Poemes" (The Poems). He also illustrated this album, featuring a series of 24 woodcuts by Chagall. These were the only woodcuts he ever made.
Edition of 238.
Framed.