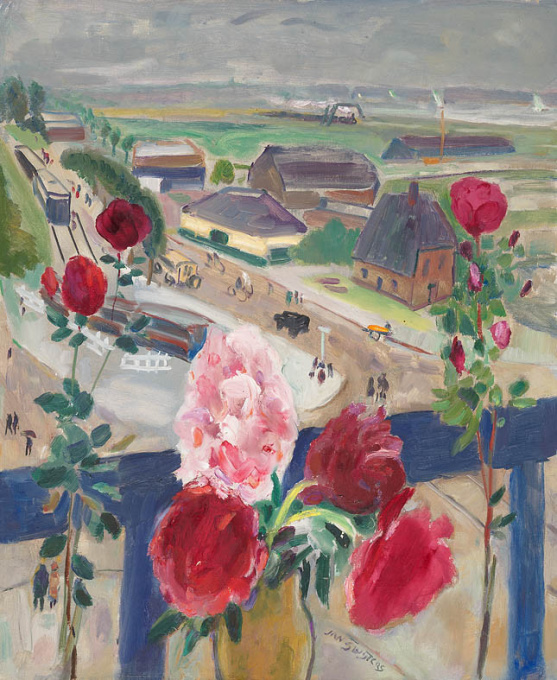 Still life with flowers and a view at the Amstelveenseweg 1925