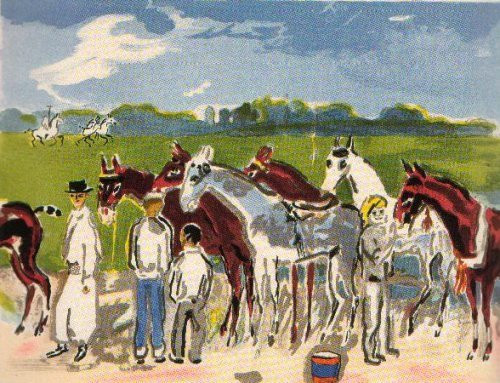 original lithograph by Kees van Dongen from Eloge de Van Dongen, 1957. A fold in the middle, as usual. Edition of 200.
Unsigned