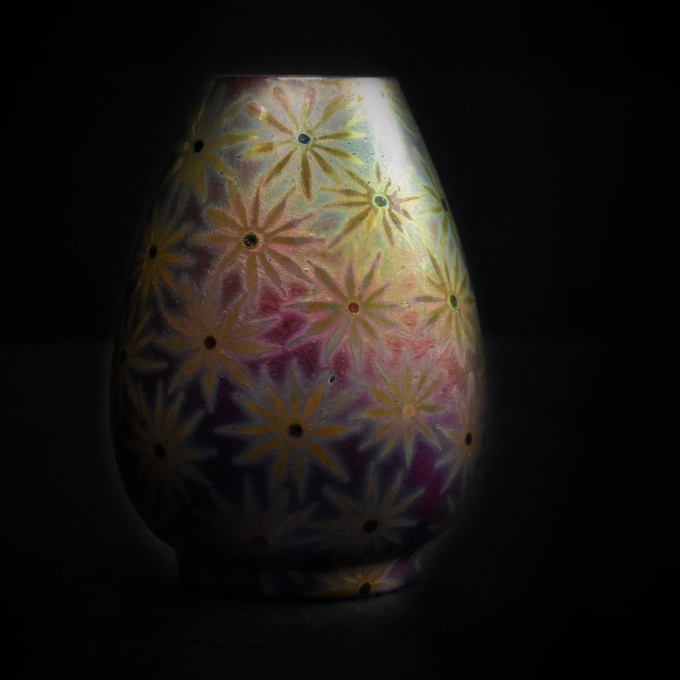 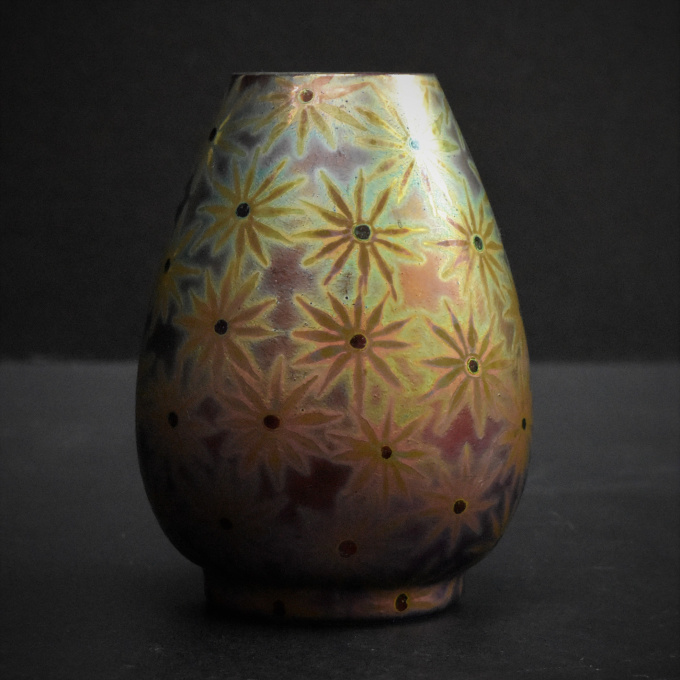 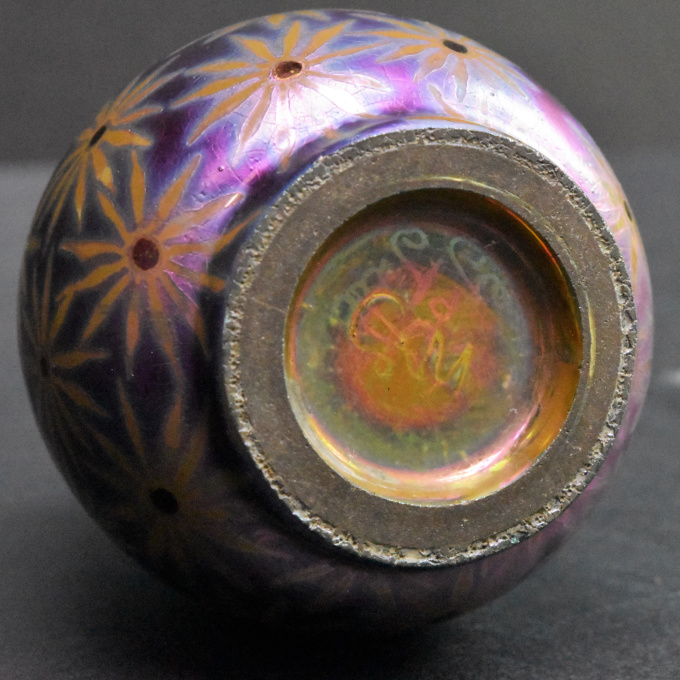 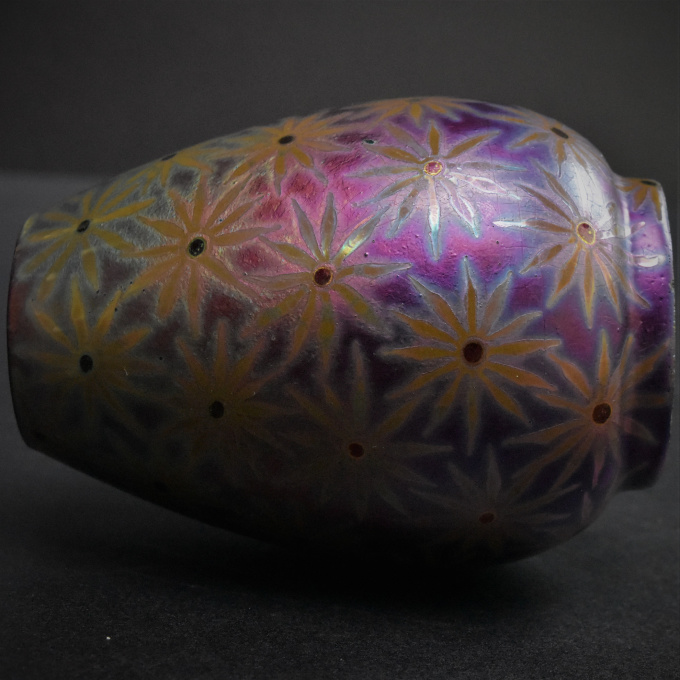 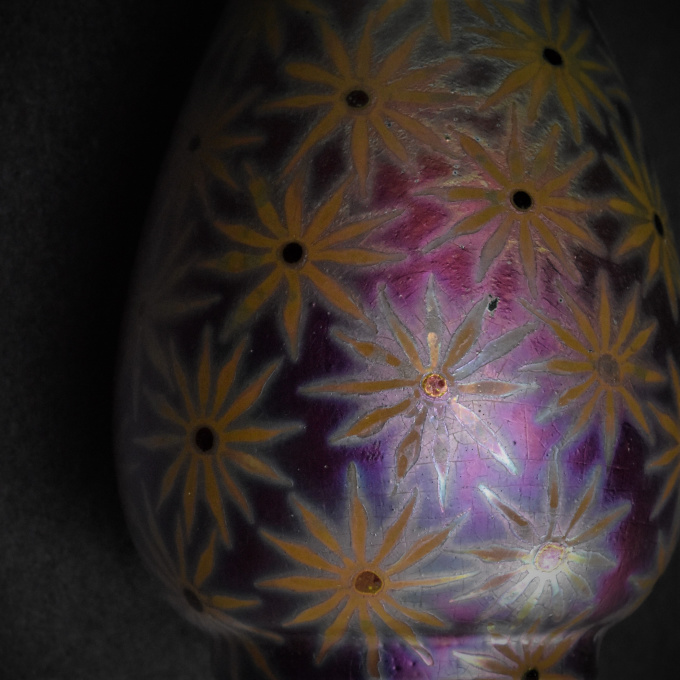 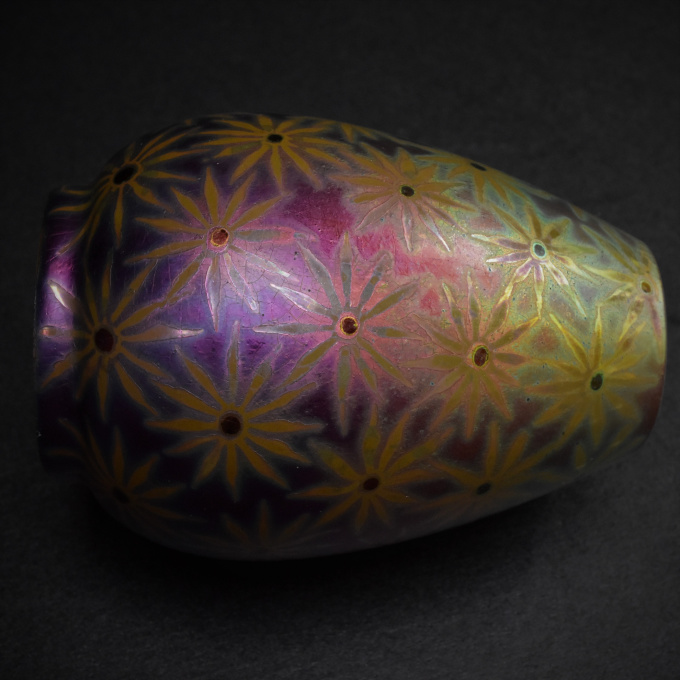 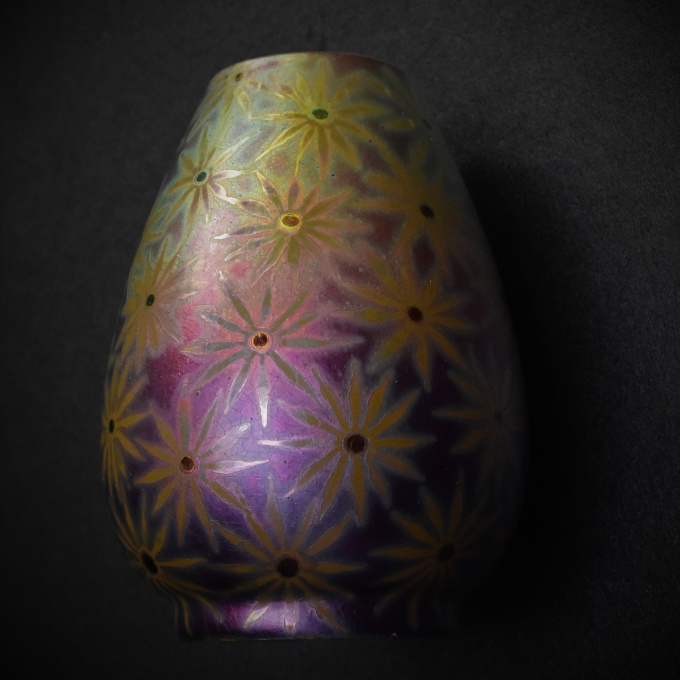 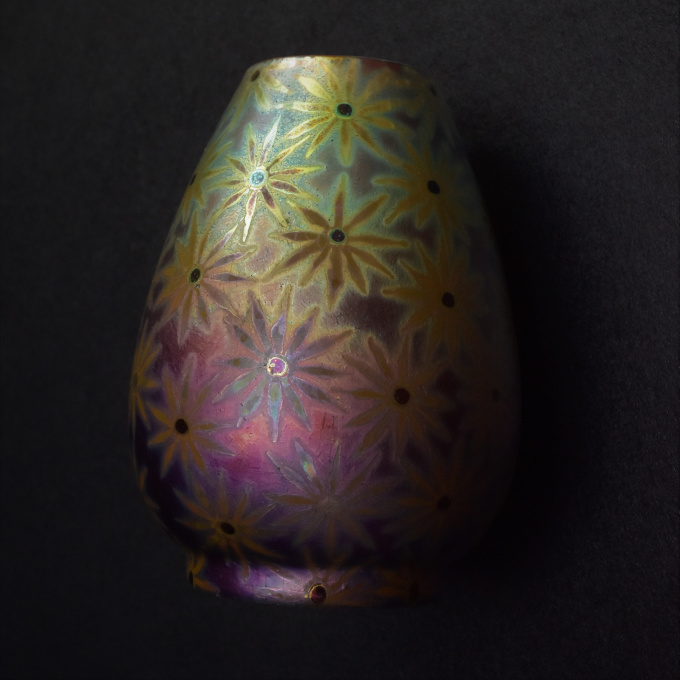 A small very good colored lustre glaze vase with the decoration of daisies.

Clement Massier was born in 1845 in France.

Being born into a family of ceramists, Clément Massier also took an interest in the artistic business from an early age.

In 1884, after years of work, study, and travel, he relocated his share of the family firm to Golfe-Juan and began producing Hispano-Moresque-influenced pottery, with silver and copper oxide glazes made iridescence in a smoky kiln. Following the arrival Lucien Lévy-Dhurmer in 1887, Massier introduced fiery luster glazes enriched with etching and painting, applying them to forms ranging from hand-built individuality to slip-cast uniformity. He was soon in command of a busy factory and a showroom that boasted an elite international clientele.

Clément, Jérôme & Delphin were three brothers from a family of potters in Vallauris, southern France. All three worked in the family business of Jérôme Massier et Cie (Jérôme was their father's name) in Vallauris, but later worked independently.

Clément, the middle brother, born in 1845, was the most prominent of the three. He worked in Vallauris before moving to nearby Golfe-Juan, and is remembered for his lustre glazes which were later taken up by the American Weller company. He was a leading Art Nouveau figure and at the turn of the century opened a salon in Paris.

(Jérôme, born 1850, and Delphin, born 1836, continued working in Vallauris. Of these two Jérôme's work is the more sought-after.)