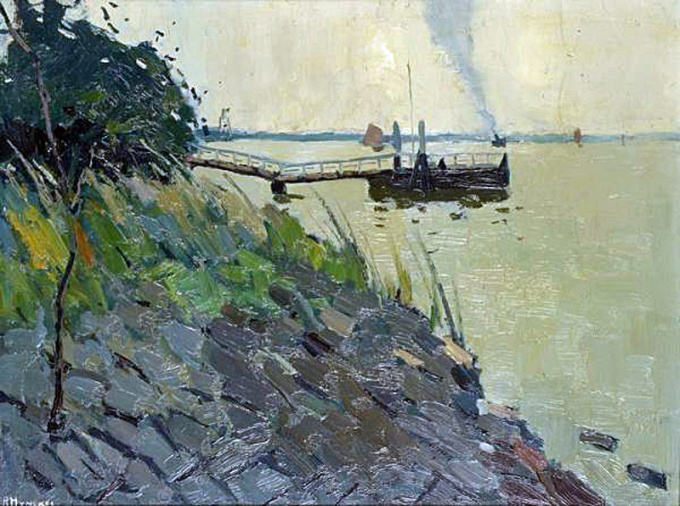 Riverview with scaffolding (near Kinderdijk, the Netherlands) 1913 - 1924