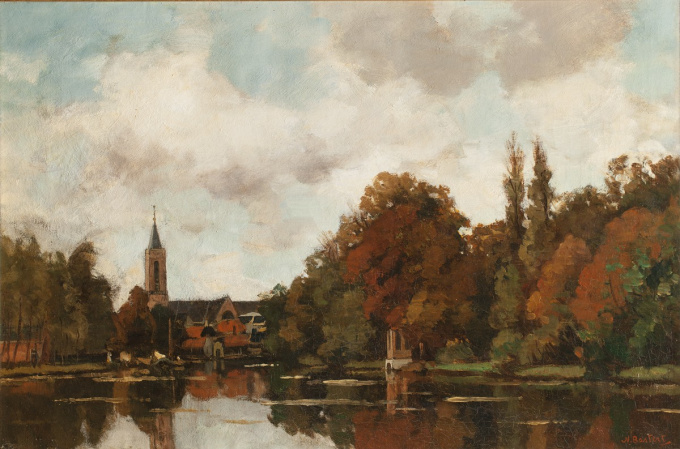 View at the village Loenen aan de Vecht in the province Utrecht in the Netherlands.
The impressionistic painter Nicolaas Bastert lived near the river Vecht, at the beautiful estate Rupelmonde. He belonged to the second generation of the Hague School. He is also considered to be one of the group of 19th century artists called the "Amsterdam Impressionists'.